The Chernobyl Exclusion Zone (CEZ) has become an unexpected refuge for wildlife. This surprising fact is both an inspiring manifestation of the resilience of life, and a sad example of how nuclear radiation, despite its disastrous effects, is less of an obstacle to animals than humans. Specifically, we are focusing on weaver spiders of the “Araneidae” family. These creatures have been making erratic and less effective webs as a result of the challenging environment of the CEZ. Moreover, this family of spiders has a high adaptation capacity, which is why we have opted not to replace, but rather augment their web-making processes to improve their chances of survival.
We propose artificially constructing the general framework of their webs, after which the spiders themselves can focus on creating the most important part of the structure: the spiral made of sticky silk, which captures insects. Spiders expend a large amount of energy to create the framework, hence our proposal ensures that they can solely work on the production and weaving of the sticky silk, reacquiring their hunting capabilities over time with minimal human intervention.
We imagine that an aggregate of these webs creates a mobile architectural device, which can contain and transport a healthy cluster of spiders. Various sensors control the “legs”, which can select optimum locations and orientations for increased insect capture. The legs will only move for a maximum of two hours a day, and always during the daytime when the spiders are inactive. Their movements will be extremely slow and organic, preventing any disruptive vibrations.
Our design seeks to generate a disturbing and calm presence inserted in this post-apocalyptic context. Under the human gaze, these life-bearing artifacts will interact directly with the imaginary subconscious itself.

The project received the Honorable Mention at LA+CREATURE competition, curated by the University of Pennsylvania. 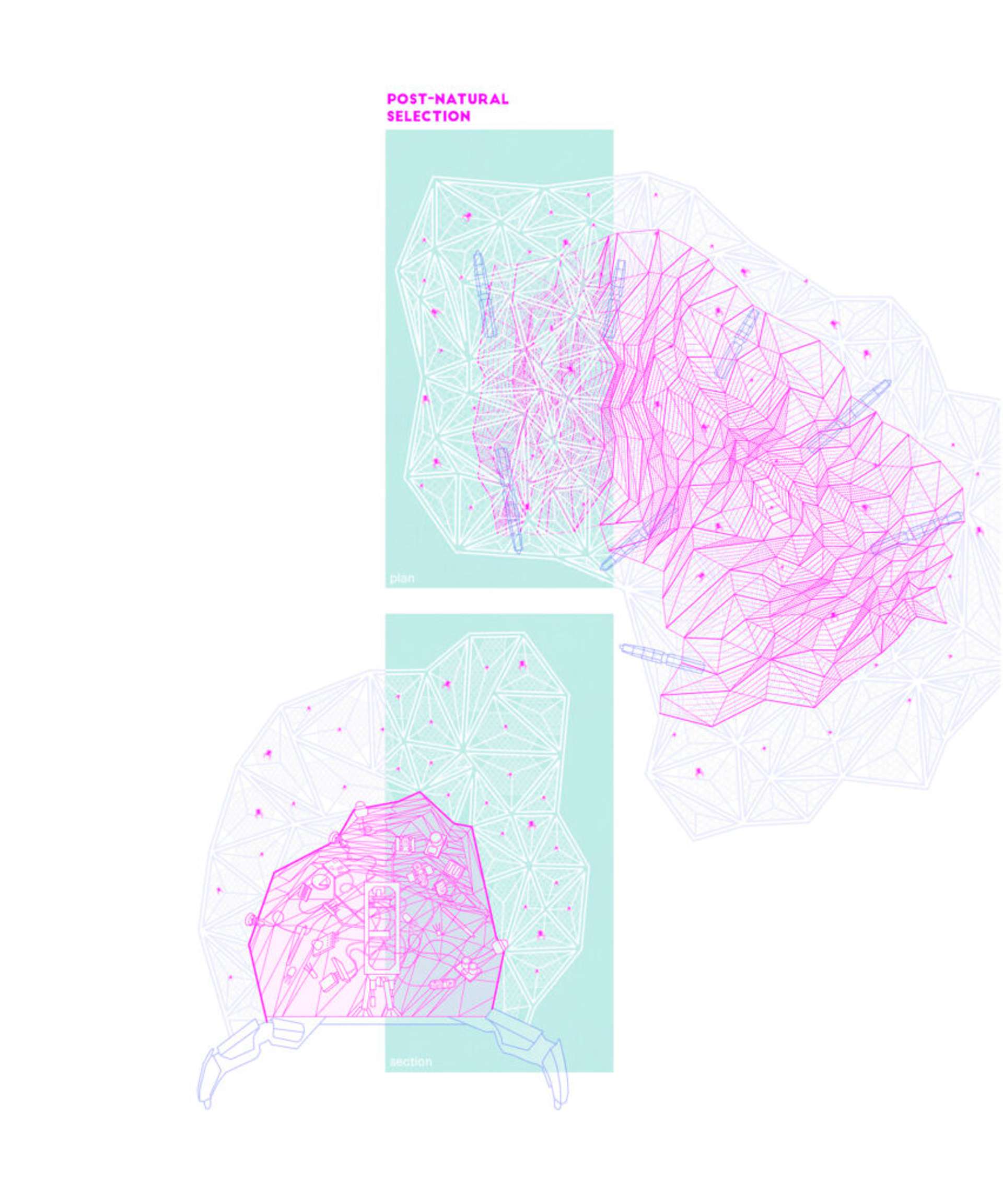 AFAB | AM Our primary motivation behind this project was to surpass the typical anthropocentric vision that places humans at the center of all designed spaces and places. Our generation is caught in a weird and wonderful moment of change, where negative anthropocentrism is being overcome in all fields of thought; from science (which was the first field to break these limitations) to philosophy, anthropology, sociology, and now even the discipline of architecture.

KOOZ What defined the specific approach you chose to explore in response to the brief outlined within the competition?

AFAB | AM The LA+ Journal CREATURE contest brief was perfect for a design agenda that seeks to advance the field in an un-anthropocentric direction: design architecture for a “client” who is not a human being, but any other living being of our choice. For us, this meant so much more than theoretically housing and perpetuating a species to advance our own interests. For example, if we were to propose a new home for bees, which are facing widespread decline because of climate change – a significant motivation behind ensuring their survival would be to stop the disruption of human food production processes that bees safeguard. Thus, choosing bees as our focus would likely mean that the creature’s survival would be subordinate to our own human interests. We began to question how can technology be used to improve the lives of non-humans without expecting anything in return?

We began to question how can technology be used to improve the lives of non-humans without expecting anything in return?

KOOZ How does the project approach the power and role of architecture within our wider ecosystem?

AFAB | AM The Chernobyl Exclusion Zone (the site of our project) is the perfect example of a place that is simultaneously anthropocentric and un-anthropocentric. It is the former because the area is still contaminated by radiation even 30+ years after the nuclear power plant explosion. This has had a negative impact on the health and function of all species who have occupied the area and will continue to have a similar effect for many years to come. It is the latter because in the absence of significant human habitation, it has become an unlikely wildlife reserve. Because of this juxtaposition, this site is almost the perfect laboratory for us to explore how to help a non-human species with no significant human benefit. We are not saying that helping both non-human and human species is a bad thing; we just believe that as a starting point, architecture has the ability to change how we as humans think, act, and perceive our wider ecosystem without thinking of ourselves first. As a profession, Architecture still has a long way to go in challenging these deep-rooted anthropocentric habits, but our generation has been unprecedent strides in overcoming this inertia and will hopefully continue to do so at an even larger scale in the near future. 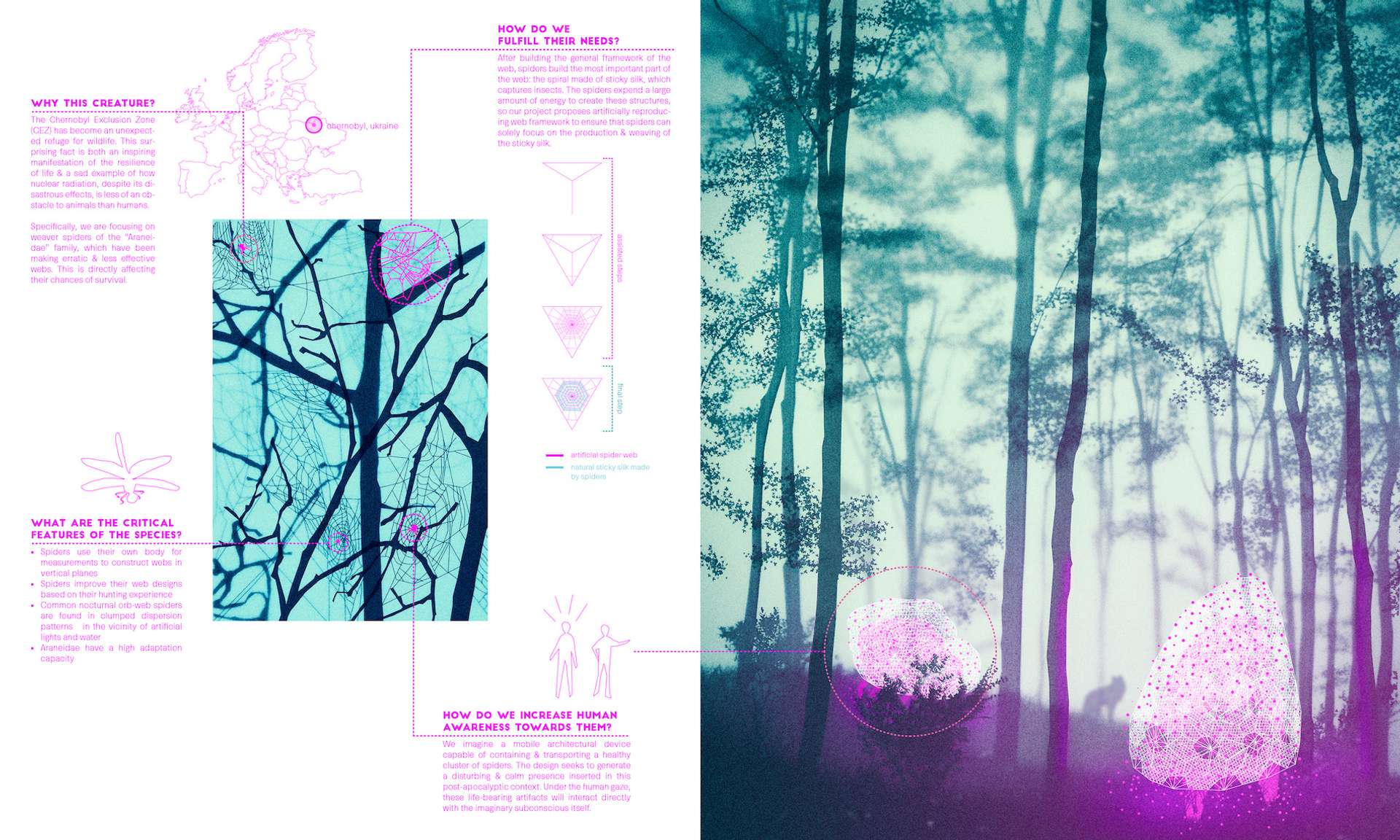 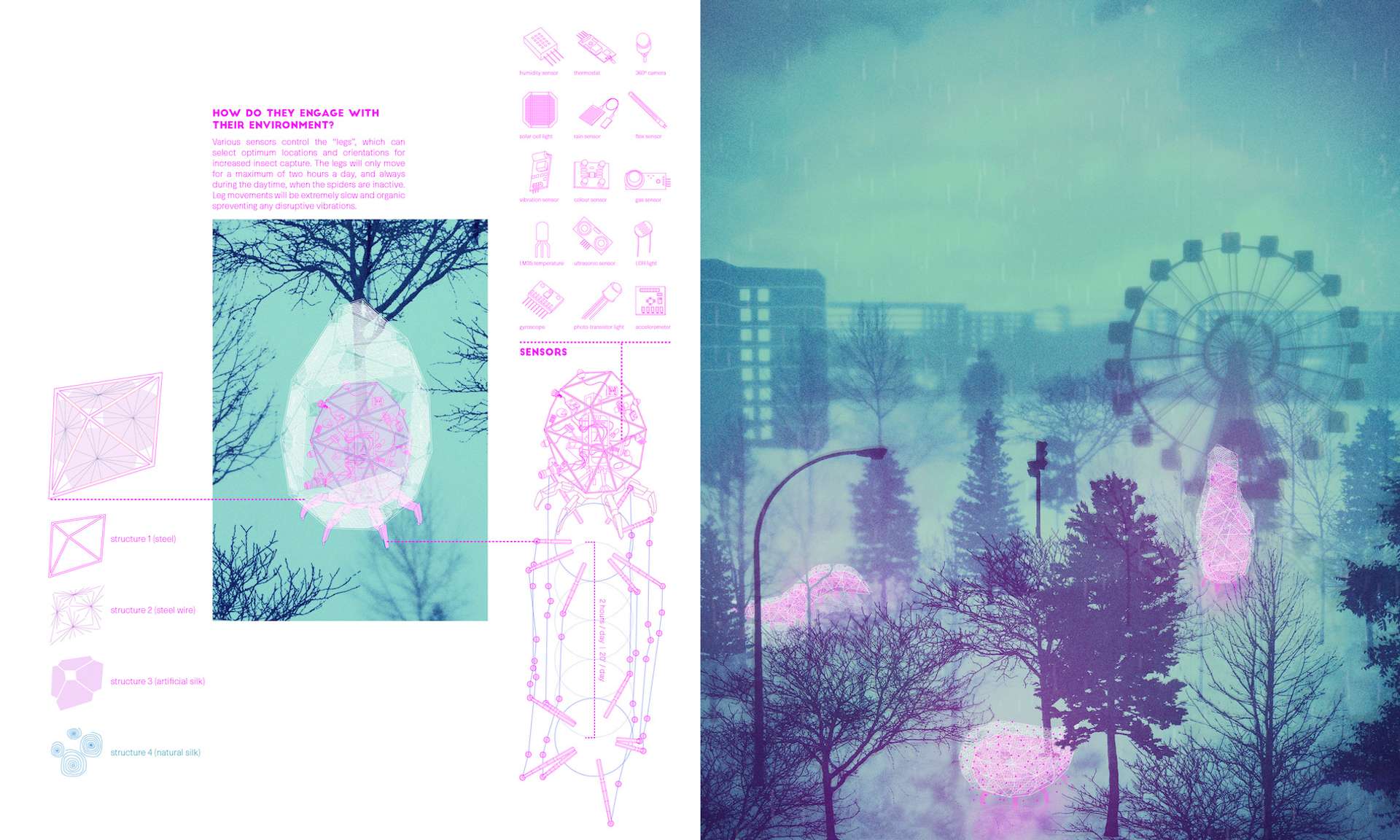 KOOZ How and to what extent could similar approaches be used to repopulate entire species?

AFAB | AM Such projects are important because they force us as architects to devise a new approach and way of thinking of the world. What are the needs of our non-human “client”? How can we formulate innovative design processes and devices to exclusively improve their lives? How can we apply this logic to all species? We believe that it is the time to reverse the negative connotations of the word ‘Anthropocene,’ and accept that we, as forces capable of affecting systems at a planetary scale, have an enormous responsibility and power. What if we can begin to use this power for the sole benefit of all agents that share the world with us?

What are the needs of our non-human “client”? How can we formulate innovative design processes and devices to exclusively improve their lives?

KOOZ What is the power of the architectural imaginary?

AFAB | AM Architecture, through infrastructure, determines how we relate to what we could call nature – which in and of itself, is inseparable from culture (as per Bruno Latour, whose monistic vision we agree with). There are of course, greater shaping forces in play, such as economic and political systems. However, the architectural imaginary still possesses an enormous power in shaping a society, whether people are conscious of this or not. A perfect example of this is the indelible effect of design on the ‘American Dream’: it is a concept primarily visualized by the architecture of the detached single-family house with a yard and a car, and one that has taken root and influenced societies all over the world. 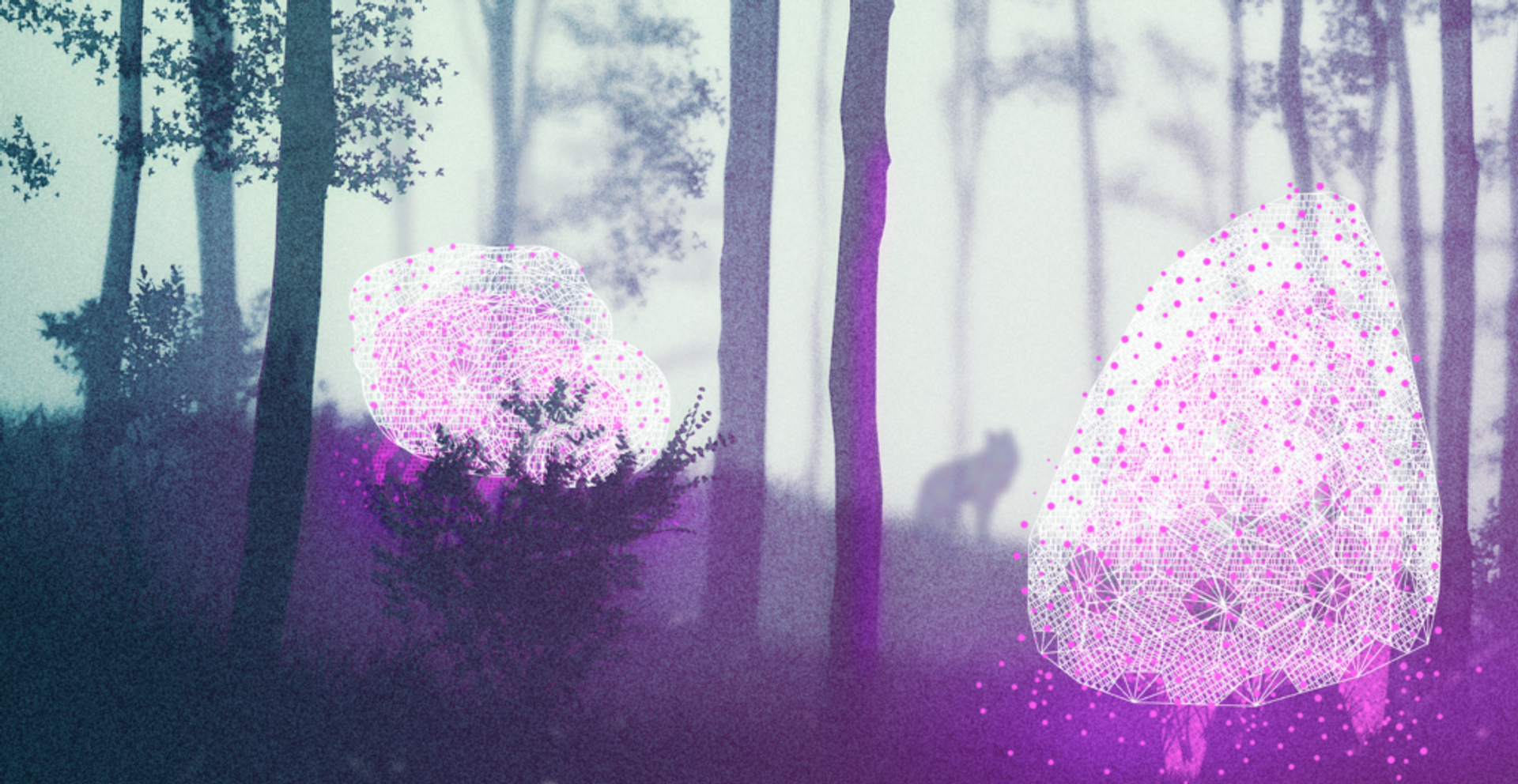 AFAB is a Spanish architecture firm founded in 2017 and led by Aitor Frías and Joaquin Perailes. Currently developing their respective PhD Thesis at University of Malaga. 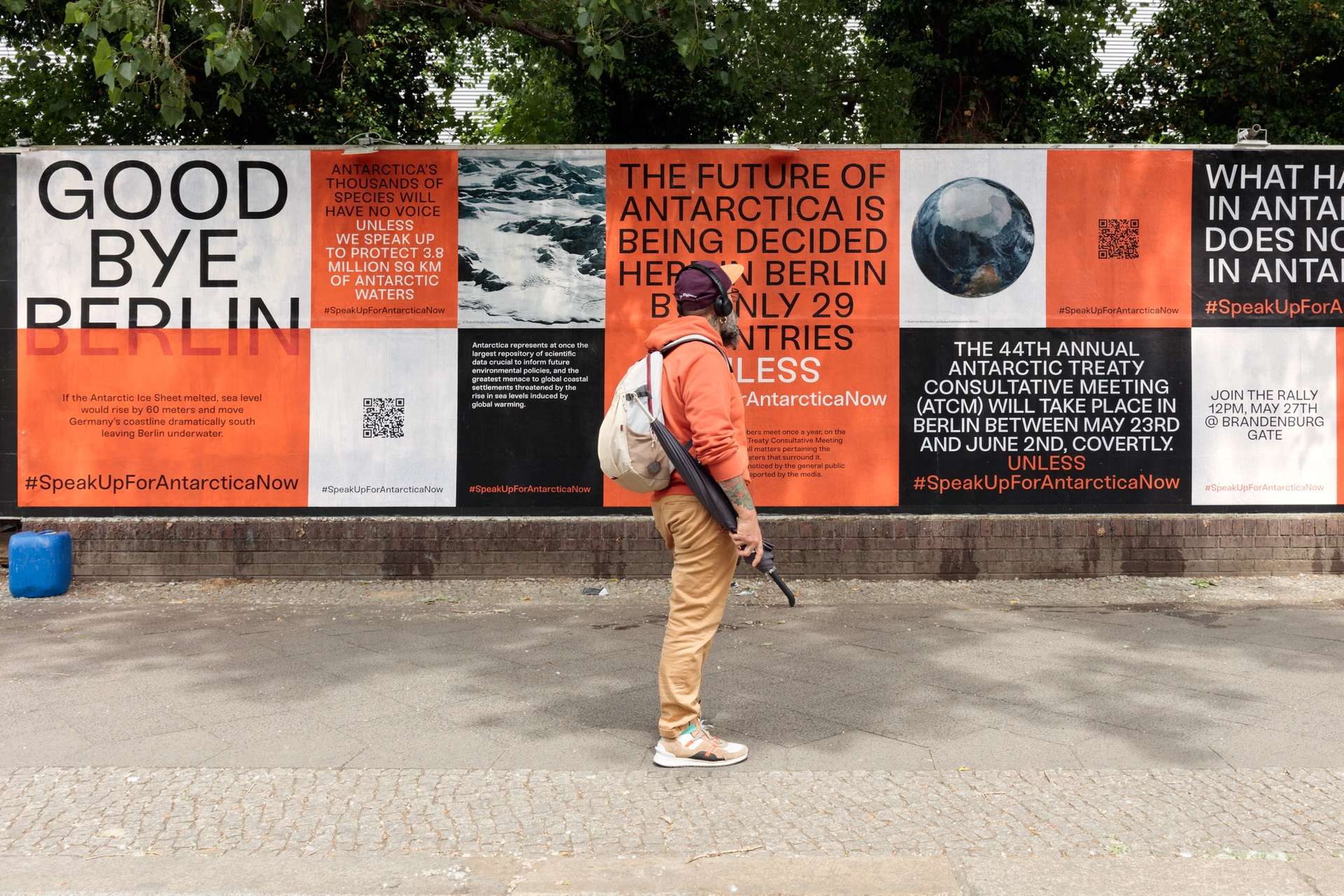 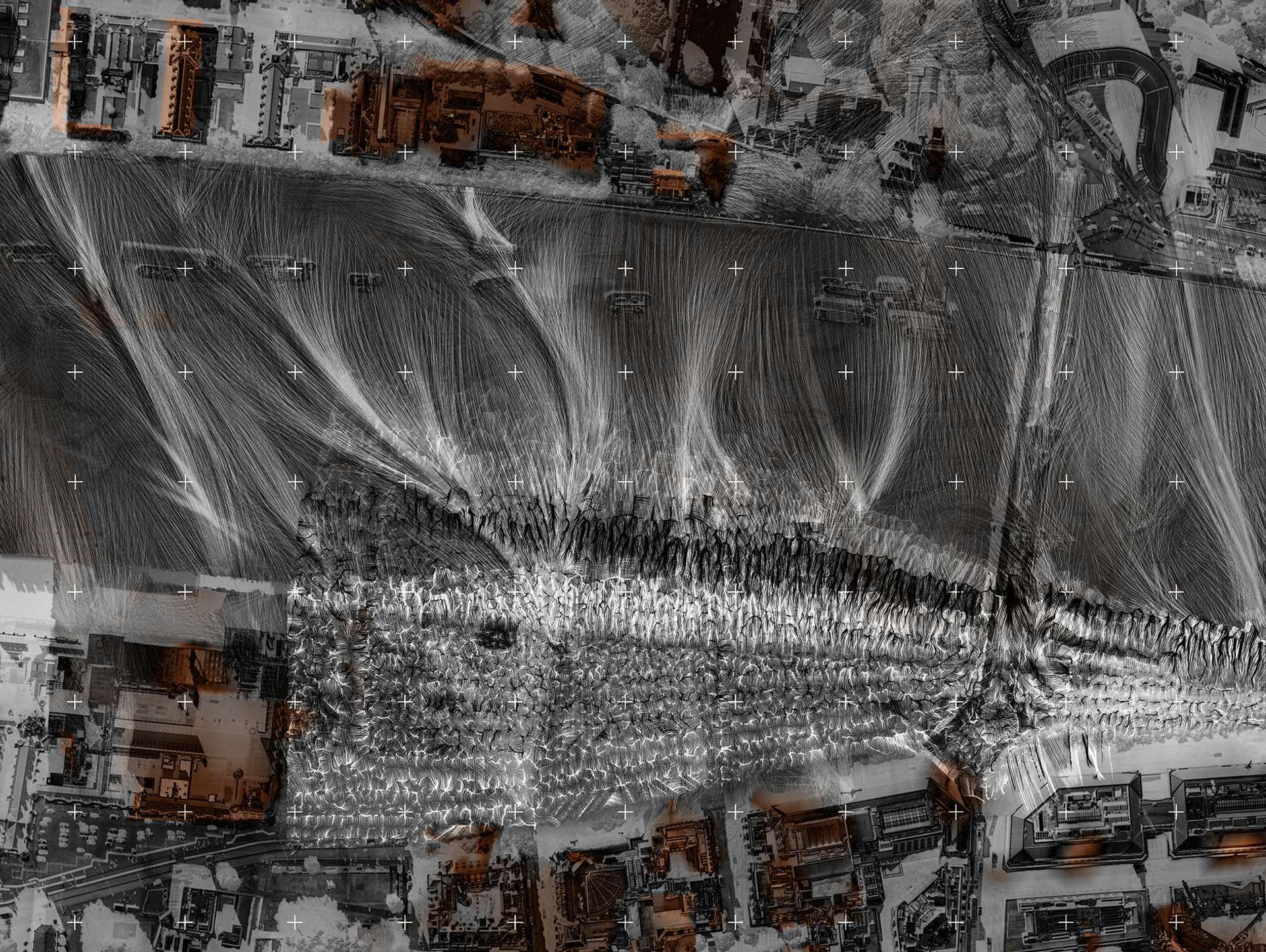 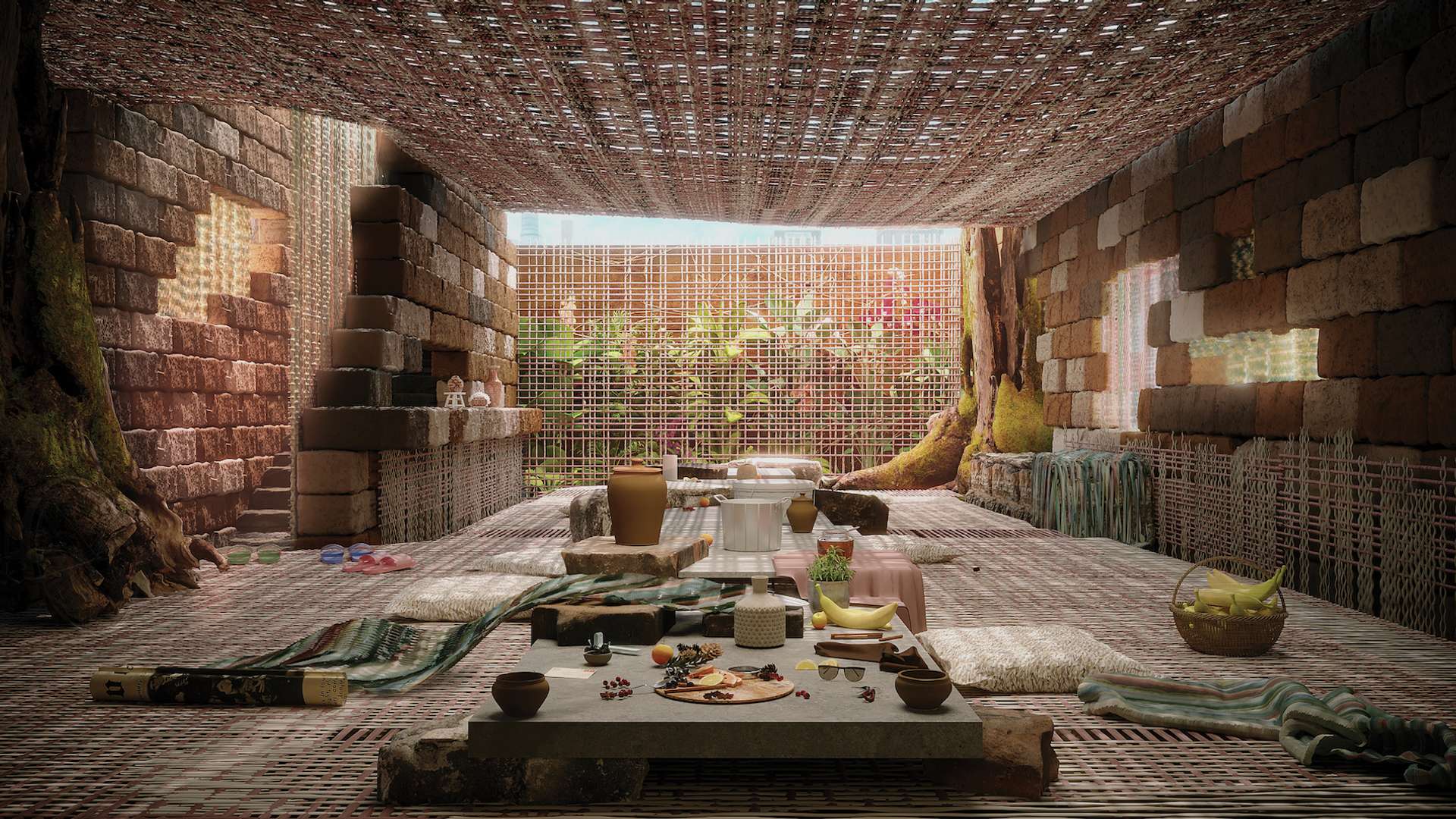