Home
Magazine
Archipelago
What's on
About
Un-built
Imaginary
Email
Interviews
What if civilization were given a second chance?
Projected 700 years into the future, Edmund Tan imagines healing the Earth through speculative architecture.

If civilization were given a second chance, how could environmental and spatial resilience influence transformations of undesirable wasteland into arcadia? What sort of society would we want; and how does nurturing nature and environmental responsibilities help recalibrate our personal priorities? By learning from history and developing an innovative commentary on the crisis of present day, speculative urbanism and architecture can initiate the reboot process that embraces climate degradation, resources shortage, and the idiosyncrasies of human. With a little help from technology, the vision of arcadia is redefined.

Synopsis
Instead of shepherds in idyllic visions of arcadian pastoralism and unspoiled wilderness, the project finds WALL-E (and later EVE) in a hypothetical near-future urban scenario where humans seek refuge in outer space after ignoring all signs of climate change, leaving cities in a state of consumerism wasteland filled with trash and extinction of plant life. Inspired by the 2008 animated sci-fi film, the project is a cautionary tale.
Programmed with resilient urban, architectural and construction knowledge, WALL-E and his technological ‘posses’ execute a blueprint of three phases to restore life on Earth – Phase 1 – 100 years; Phase 2 – 600 years; Phase 3 – 100 years, and Manhattan is the case-study to develop and investigate pertinent and sustainable architectural challenges through symbolism and motifs. For example, Wall-E adopted the “cat” as the symbol of “longevity” for the city.

The project was developed at the Bartlett School of Architecture.

Phase 1 | The Downfall of New York
This phase will incorporate the fictional scenario of future environmental degradation inspired by Wall-E through research on past and current events. Wall-E will also set out the groundwork inspired by the ‘Eye of Providence’ on the USA dollar note symbolising of faith watching over humanity and the beginning of the New American Era.

Phase 2 | Remediating New York
Phase 2 will investigate the potential methods of healing the Earth through architectural geoengineering tectonics and how waste could be reuse as a viable construction material.

Phase 3 | Rebooting New York
The final phase will reconstruct the speculative landscape after 7 centuries, displaying methods of re-inhabiting the planet and restarting civilisation. Materials and construction techniques will also be explored in order to create a resilient and sustainable future.
The speculative scenario does not promise ‘happy-ever-after’ when a clean planet is handed back to humans but aims to bring awareness, decelerate our current fast-paced society and embrace climate change as a resource.

ET The project draws on the fictional feature film Wall-E, taken place in the 29th Century. It depicts a scenario when humanity spiralled into a state of mass consumerism, producing excessive amount of waste which turned the planet into a wasteland. The focus of this project will explore various methods of healing and reinhabiting Earth over a period of 7 centuries. By analysing events from the past and present, the project will also speculate on how New York will evolve and degrade through 700 years of climate events.

The World Without Us by Alan Weisman and the painting The Arcadian or Pastoral State by Thomas Cole are the main driver for the project. This whole approach also serves as a critique on the major problems that are happening in the 21st Century such as mass consumerism, waste management, obesity and climate change and global catastrophic risk.

KOOZ How and to what extent can and should we as architects act upon this?

ET Architects can only do so much when it comes to climate change, this is more of a systematic problem. Although the architectural project means to bring awareness to the audience, but we could act on it by the choices we make. Instead of indulging in a carbon intensive lifestyle, we could start off by practicing pro-environmental lifestyle choices such as recycling and composting waste at home. Our collective effort will ensure a better planet for the future generations.

ET The project was set out to explore methods to turn a wasteland into paradise. Splitting into three Chapters: the first dwell into how urban landscapes will be altered through an extreme event of climate change; the second investigates the potential methods of healing the Earth through geoengineering and how we could use re-use waste as a viable construction material; the final section will explore the possible methods of reinhabiting planet Earth and restarting civilisation. Possible materials and construction techniques will also be explored in order to create a resilient and sustainable economy. Although set in a speculative far-fetched future, it could be used as a vehicle to develop and investigate pertinent architectural challenges in our current contemporary society.

The research could be treated as a manual to educate and encourage humans to curb global warming and heal the planet through collective participatory action [...]

KOOZ How does the project define the notion of resilience?

ET Towards the end of the narrative, humans were sent back to a fully healed planet Earth. To prevent them from making the same mistakes again, a resilient lifestyle would need to be cultivated. The notion of resilience can be seen in the changes of their daily lifestyles and habit, cultivating environmental responsibility in the Centre of Excellence. The whole system is in search of carbon neutrality to also create a more resilient planet.

KOOZ How does the project approach our contemporary climate crisis?

ET Most of the key issues that were pointed out reflect on the present condition of the planet Earth. This research uses current data and projects it into a 100 years, exploring the extreme outcome of the planet.

Two main approaches were used in the second chapter to investigate the potential methods to heal and restore planet Earth’s climate into its original form. To adverse the effect of global warming, a large-scale intervention is needed to be implied into the climate system. Geoengineering is one of the hypothetical methods came out by researchers to combat climate risks. Adaptive Reuse was also thoroughly explored in this project, on how we could reuse waste as a viable source of construction material.

From consumerism to climate change, the research could be treated as a manual to educate and encourage humans to curb global warming and heal the planet through collective participatory action before it is too late.

KOOZ What are for you the greatest opportunities which can arise when designing with and for nature?

ET The beauty of designing with nature is its unpredictability and nuances. Despite the planned infrastructures and grids, nature will always find its way to grow organically within a fixed system. Building for nature, however, will take in consideration of the habitat and key sustenance for the specific flora and fauna. This project rethinks how we could create both tangible and intangible homes for the animals and plants.

ET To me imagination lies strongly when we were a child. Being naive and fearless of any incoming consequences allows us to push the boundaries of our creative limitation. With these thoughts, we could envision and possibly curate our future through various aspects of creativity and innovation. This will also allow us to also think outside the box and evolve our thoughts till it becomes reality.

Edmund is a Junior Architect in Kohn Pedersen Fox (KPF), he is also assisting CJ Lim in Bartlett PG10, and the National University of Singapore (NUS). Simultaneously, he runs a design + research studio – Platform NULL and is a partner in LANAI, PHP, and BAO. He graduated from the Bartlett School of Architecture (UCL), Unit 10 with distinction and received the MArch Pt.II Portfolio Prize. He did his undergraduate in the University of Liverpool and was nominated for the RIBA President’s Bronze Medal and the Young Talent Architecture Award.Edmund has previously worked in firms such as Studio 8, BEP, VERITAS, RSP, and NL. Wan architects. He was also the Director of Design for the Harvard Project for Asian and International Relations (HPAIR). 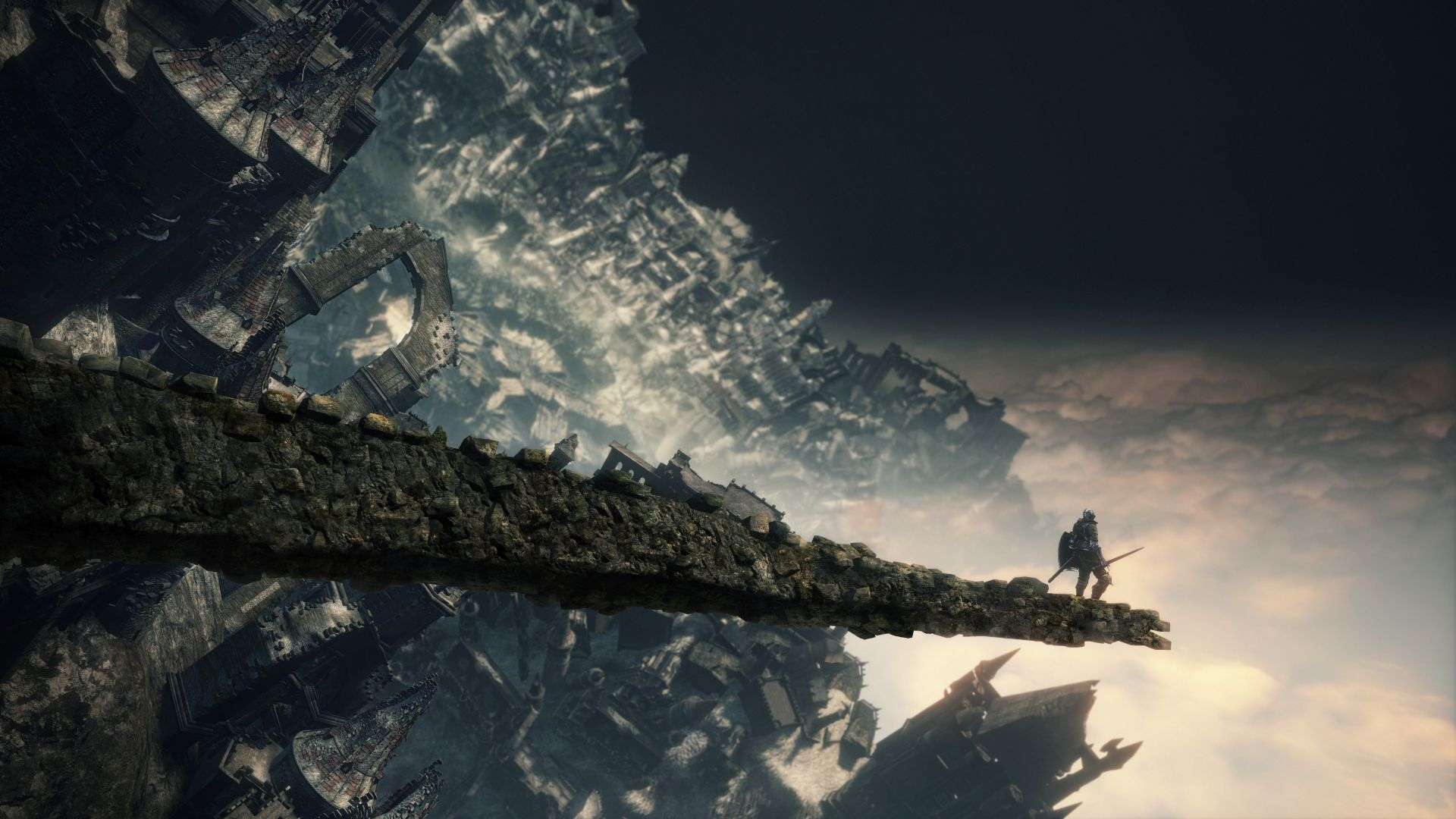 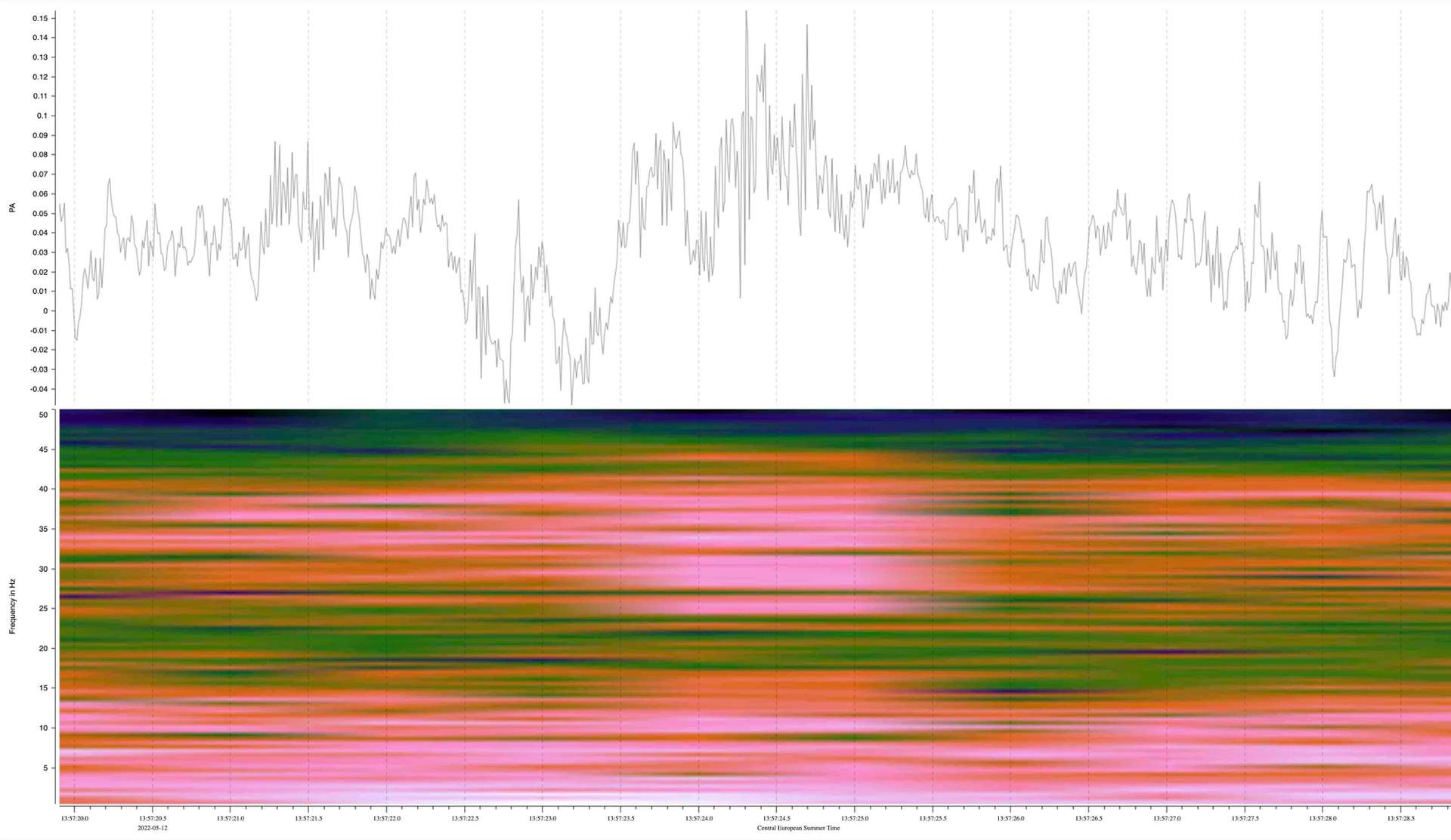 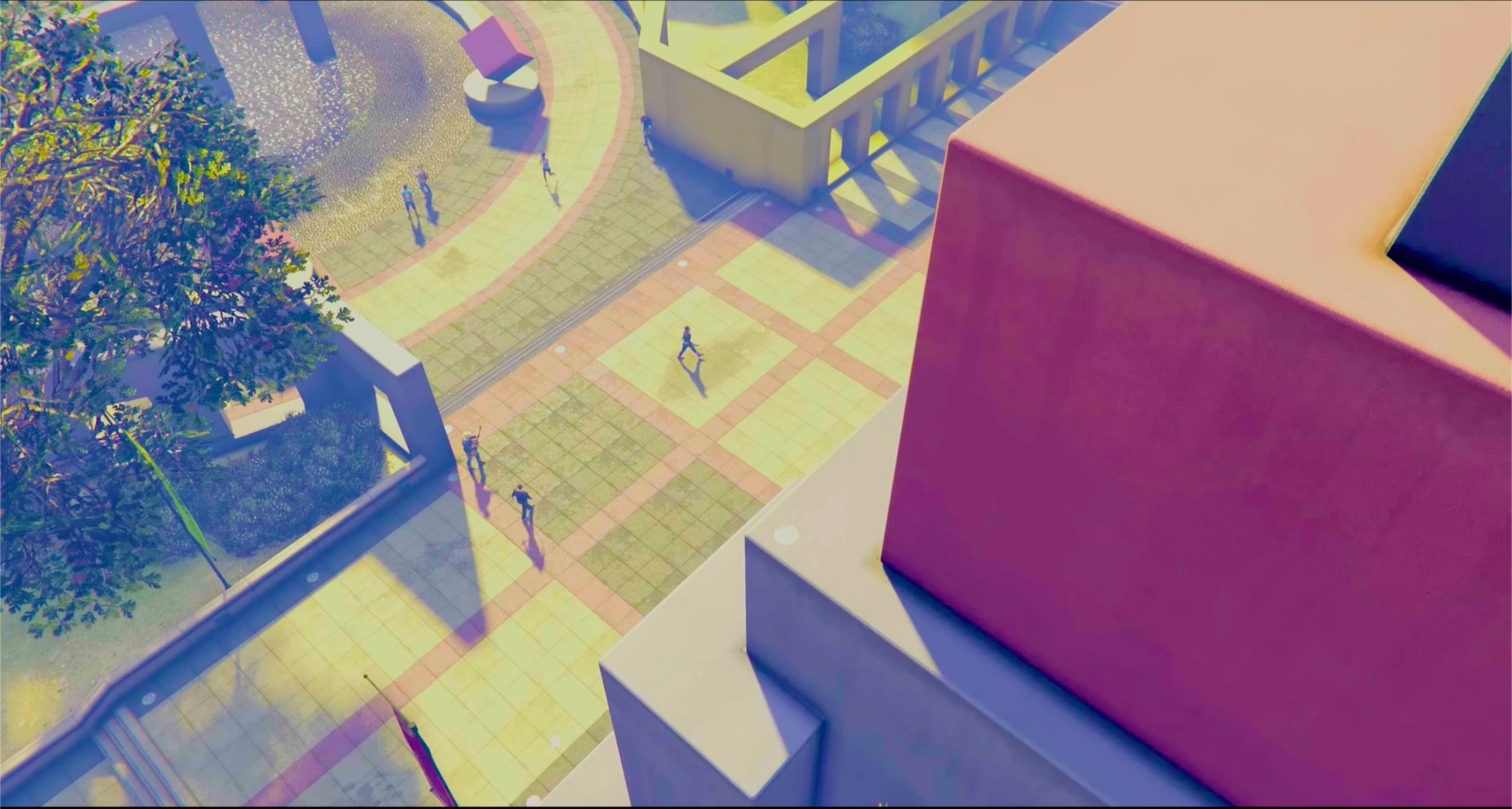 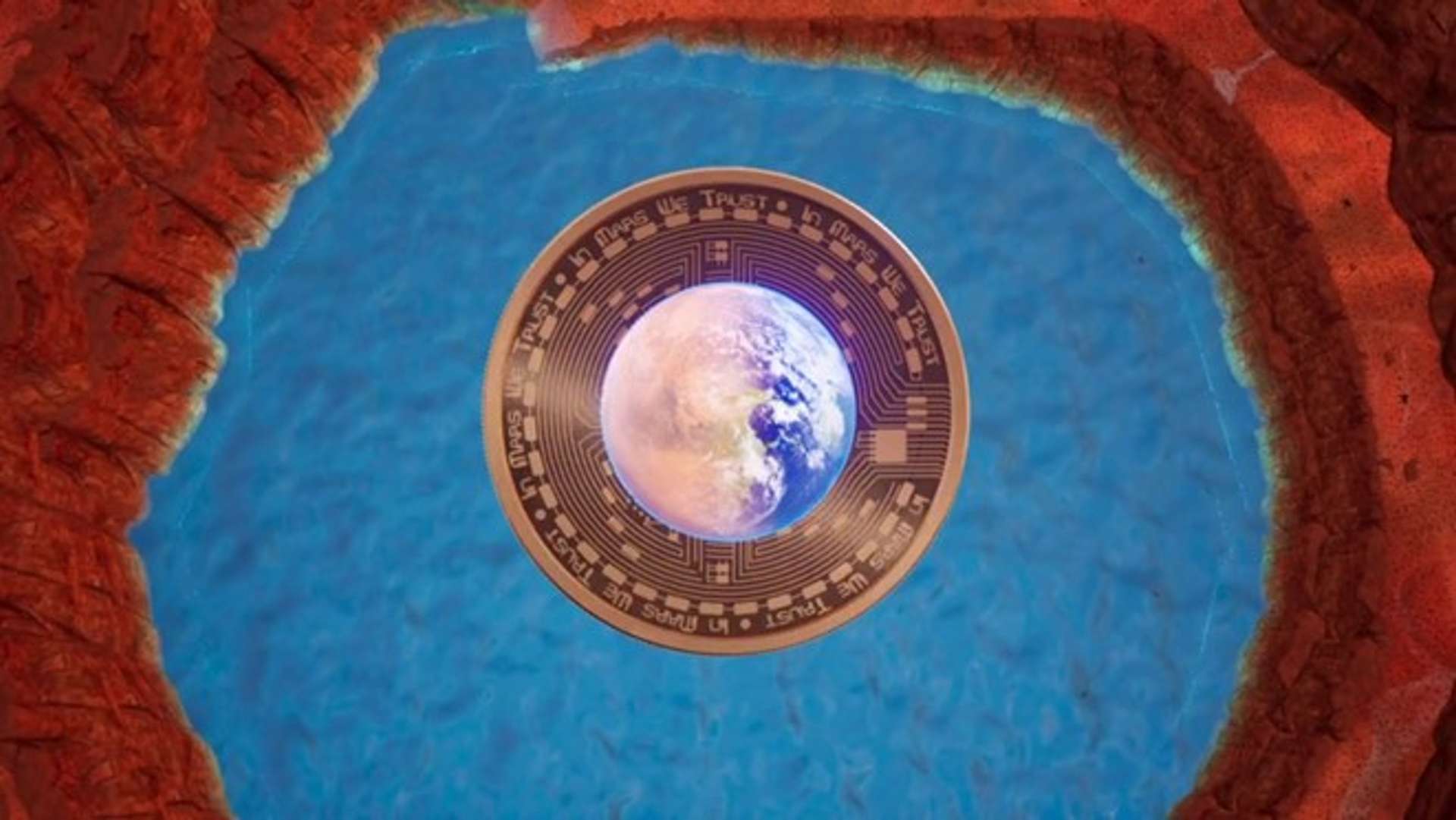