Peat is an endangered natural resource, critical to our efforts in offsetting carbon in the atmosphere, due to its ability to absorb millions of tons of carbon per year.

Yet still, burning, agricultural farming and urbanisation continue to dry out moisture vital for peat survival. On top of which, climate action, such as planting new trees and wind farms, consequently, has reverse environmental effects when built on peat as this too releases the tons of carbon stored. The climatic crisis is critically affecting conditions for peat survival in wetlands as temperatures increase and rain patterns change.

In response to the recent policies focused on the restoration of peatlands, the project proposes a manual which focuses on the largest continuous peat bog in Europe in the ‘Flow Country’, Scotland, after a severe fire burned over 5,300 hectares in 2019. The architecture responds through a modular research lab for monitoring the restoration of the soil and housing researchers. A blanket system which creates a second skin in trapping moisture over damaged peat and a probe for accelerating conditions that cause the formation of peat layers. 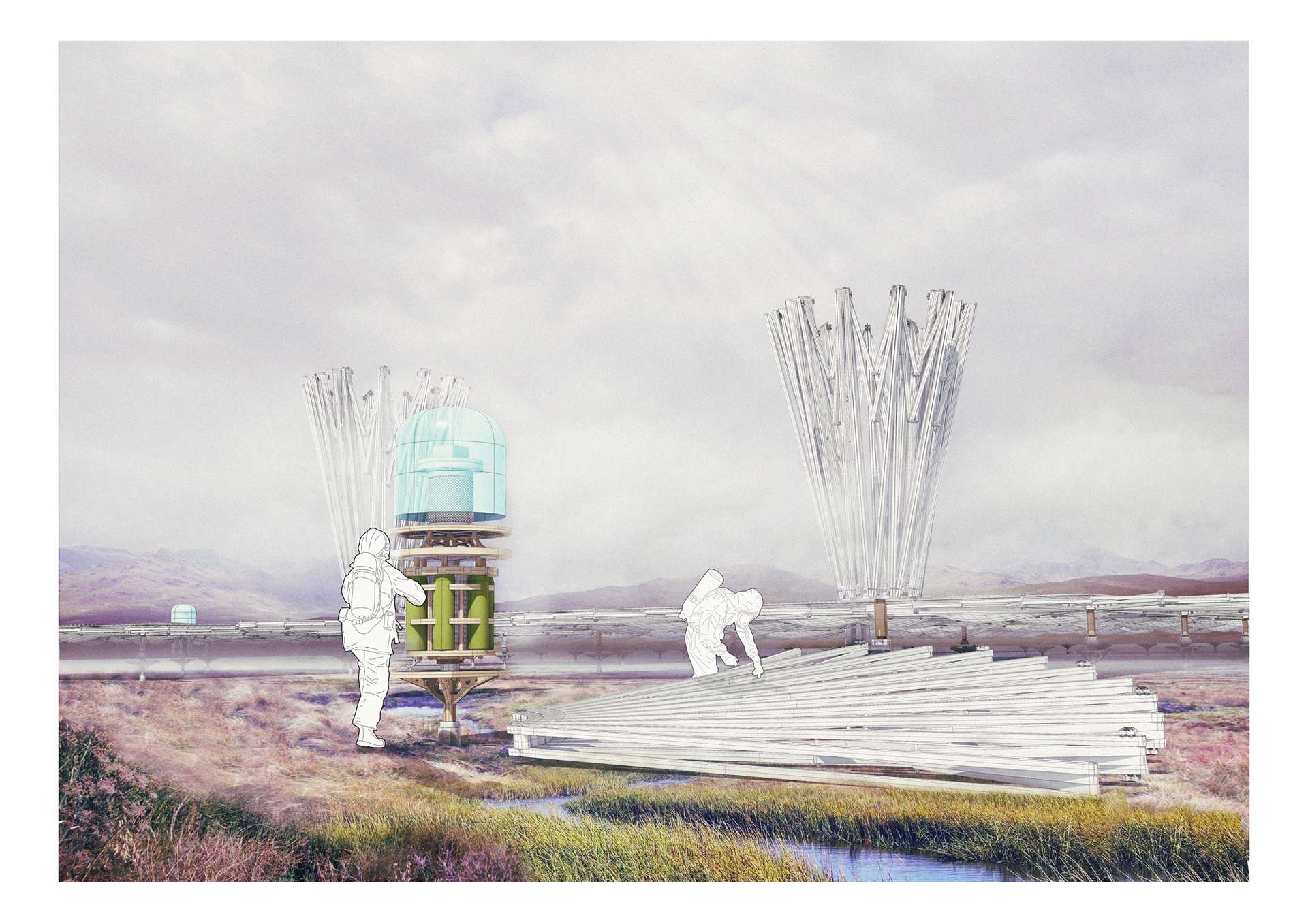 SA The project was initiated by the overall topic of ‘carbon transitions’ that the unit focused on for the academic year. Within ‘Carbon Transition’ I decided on the theme of plants due to their relationship with carbon transitioning from a gaseous state in the air, to a solid (sugar) stored in plants and underground. I began to identify a ‘carbon cycle’ through plant matter which began with carbon dioxide in the air, absorbed through photosynthesis in plants and trees that ended with excavating coal, burnt to fuel the planet releasing CO² back into the atmosphere.

Peat is the stage between the two where organic matter from dead plants is trapped within soil saturated with water. The moisture inhibits decomposition and oxidation, keeping the carbon trapped in a repetitive process of layers upon layer of organic matter that over billions of years form coal.

SA I challenge trees as our saviour to offsetting carbon and ultimately becoming carbon neutral. New technologies are emerging that are highly engineered and expensive such as carbon sequestering that look at how we can reduce CO² in our atmosphere at a more efficient rate to trees. However, the technology already exists in peatland, which are three times more efficient at carbon storing than trees but only make up 3% of the world land area. Moreover, treatments of peatlands such as burning, farming and agriculture are destroying the moisture balance of peat structure, thus releasing stored carbon back into the atmosphere. The project aims to address the significance of peatlands and highlight the correct conditions and treatments for restoring and managing peat to a similar attention to that of trees and deforestation. 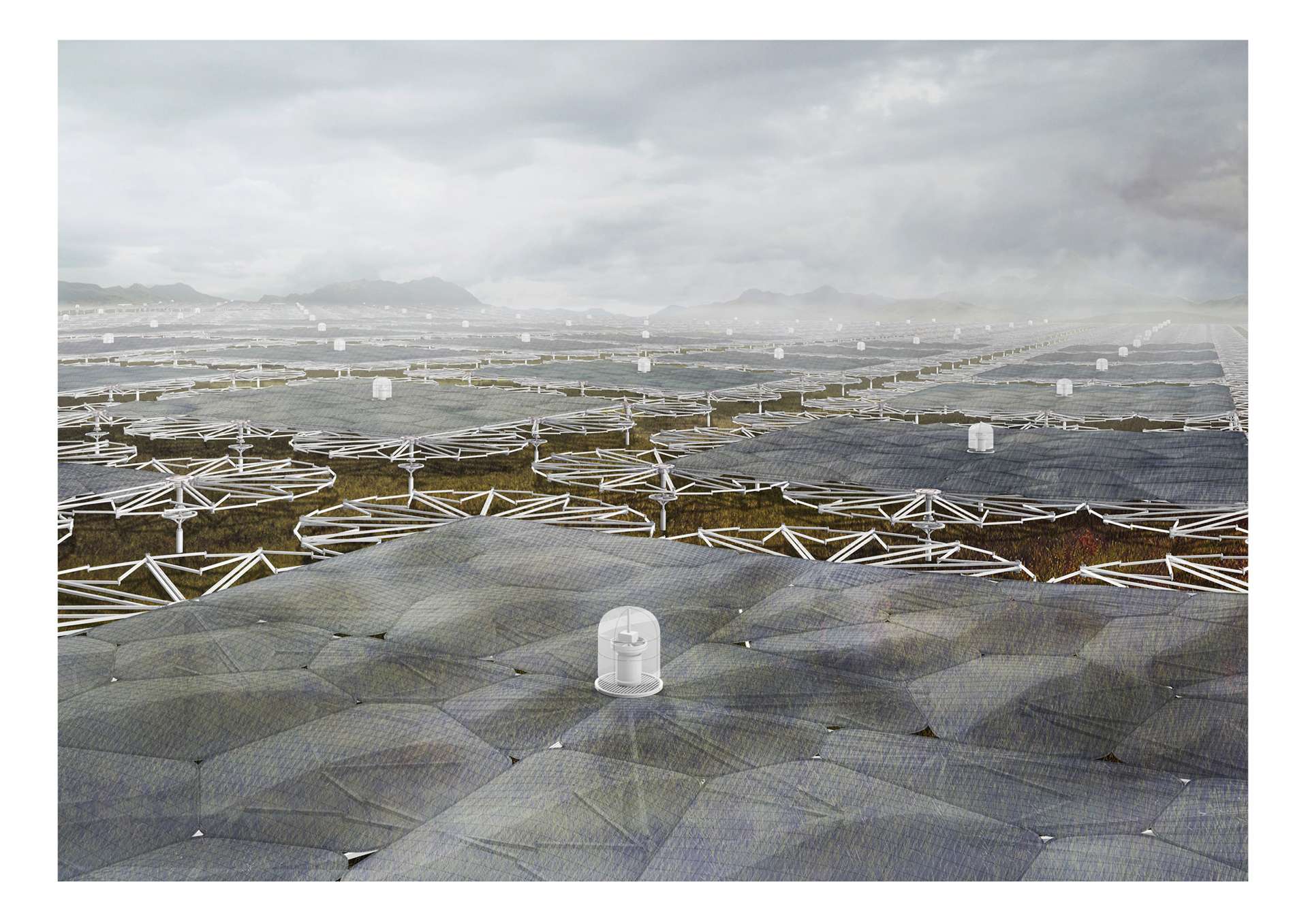 KOOZ How does the project approach the power and role of research?

SA Research when treated as a form of investigation is fascinating in the way it uncovers a narrative you would not have initially expected. Data collection in the form of mappings and simulations is the core of Studio 18 and is essential to the challenging of ideas. As mentioned, the project begins with plants and a GCSE level understanding of photosynthesis, but what emerged through the flow of research was a project that addresses a still quite new but current theme of protecting peatlands.

The technology already exists in peatland, which is three times more efficient at carbon storing than trees but only make up 3% of the world land area.

KOOZ How does the project explore the notion of architecture beyond the architectural artefact and to political policies?

SA Policies concerning peatlands are emerging consistently, especially in places like Scotland where peat is rich and in abundance. The role of political policies is so vital in the case of this project that I would argue that very minimal to no architecture is actually required. Peat has regeneration qualities that allow it to heal itself, but it is only in extreme cases of constant degradation that it cannot, this is where the architecture comes in. How do we respond to the extreme areas where peat is vanishing at an alarming rate and policies aren’t being enforced strongly enough?

KOOZ What is your take on the current "offsetting trend" which seems to have grasped us at large?

SA It’s no surprise given the current situation. 2030-2050 is fast approaching and our world will change radically, and people are panicking. The factories that have been pumping CO² into the air could be reversed to pumping CO² underground? Gridded turbine farms could transfer carbon in the atmosphere back to energy for our everyday living? My scientific brain finds it all very exciting, yet my conscious is fearful of the challenges we will face and the solutions we may present to them. Personally, I am quite fascinated by geoengineering as a short-term solution although we cannot yet fully grasp how it will affect our future. While we still can, the focus should ideally be on the everyday changes we can make to sustain and improve the ecosystems that create balance as opposed to ‘playing God’.

How do we respond to the extreme areas where peat is vanishing at an alarming rate and policies aren’t being enforced strongly enough?

KOOZ How do you envision the construction industry developing in the coming years to encompass a more sustainable approach?

SA My vision would be new materials that replace the materials we are so reliant on. It could mean we throw the need for tall buildings out the window, it could also mean a shorter life span for buildings, I do not know. I have always been an advocate for lightweight and flexible and the current concrete and steel do not respond to those criteria efficiently. I believe there are alternatives to some of the materials we are using and a market for recyclable materials for the ones that cannot yet respond to our requirements. Furthermore, the potential for 3D printing and modular construction is gaining momentum consistently. Again, I do not know or have all the facts to back this up, but I will gladly share a radical vision of 3D printed buildings, wooden towers and composite organic bricks when asked.

SA I feel I have used the word ‘radical’ a few times. My aim is not to be ‘radical’ but to be appropriate, and sometimes the two are synonymous with each other. The power in architectural imagination comes from the translation of unique scenarios to simple questions. Allowing the questions room to answer themselves through research and investigation and listening to what the question is asking. It is quite a strange answer, but it is similar to the way in which small children ask the simplest questions that often require the most thinking in an appropriate way to respond. I must credit my son for that! 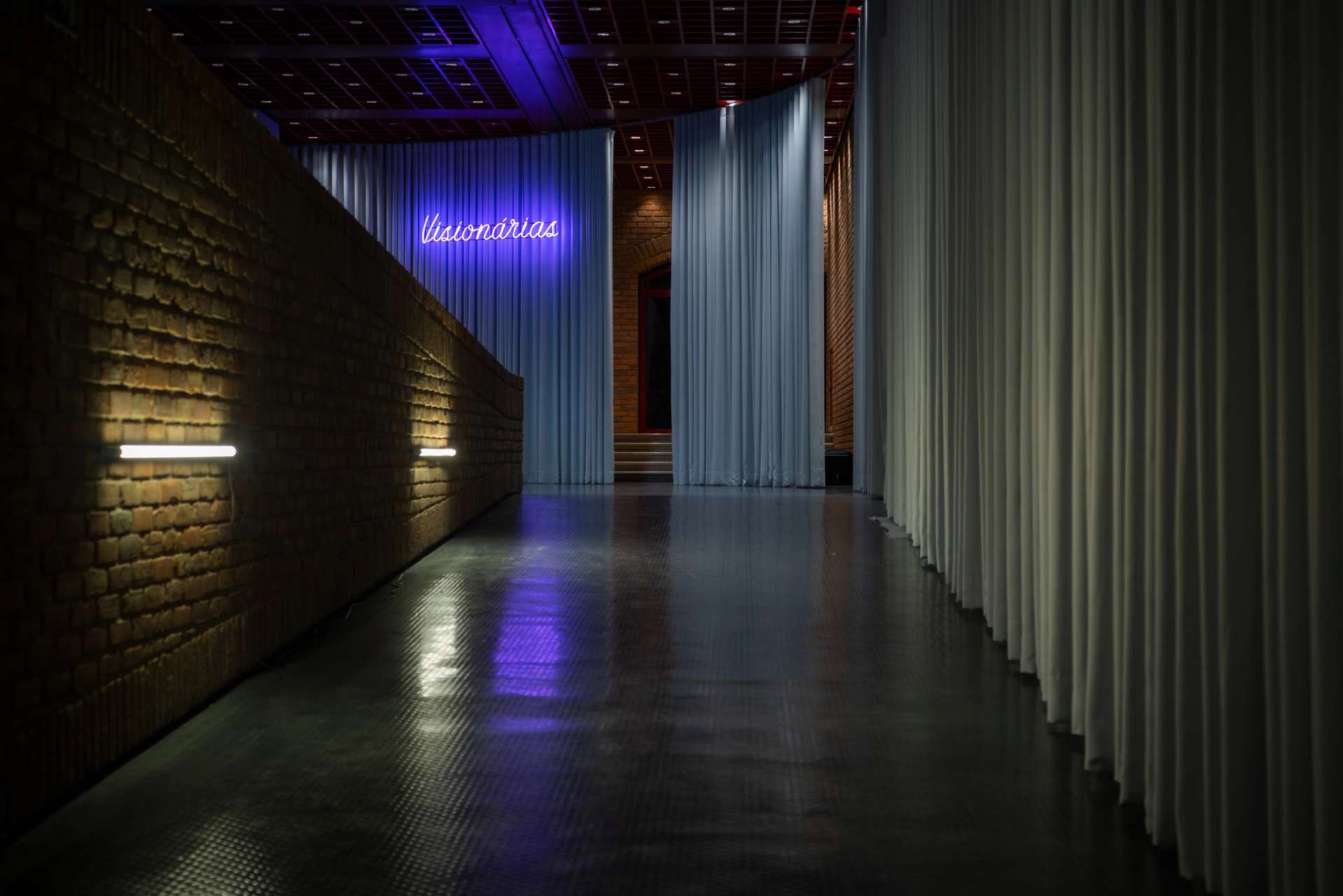 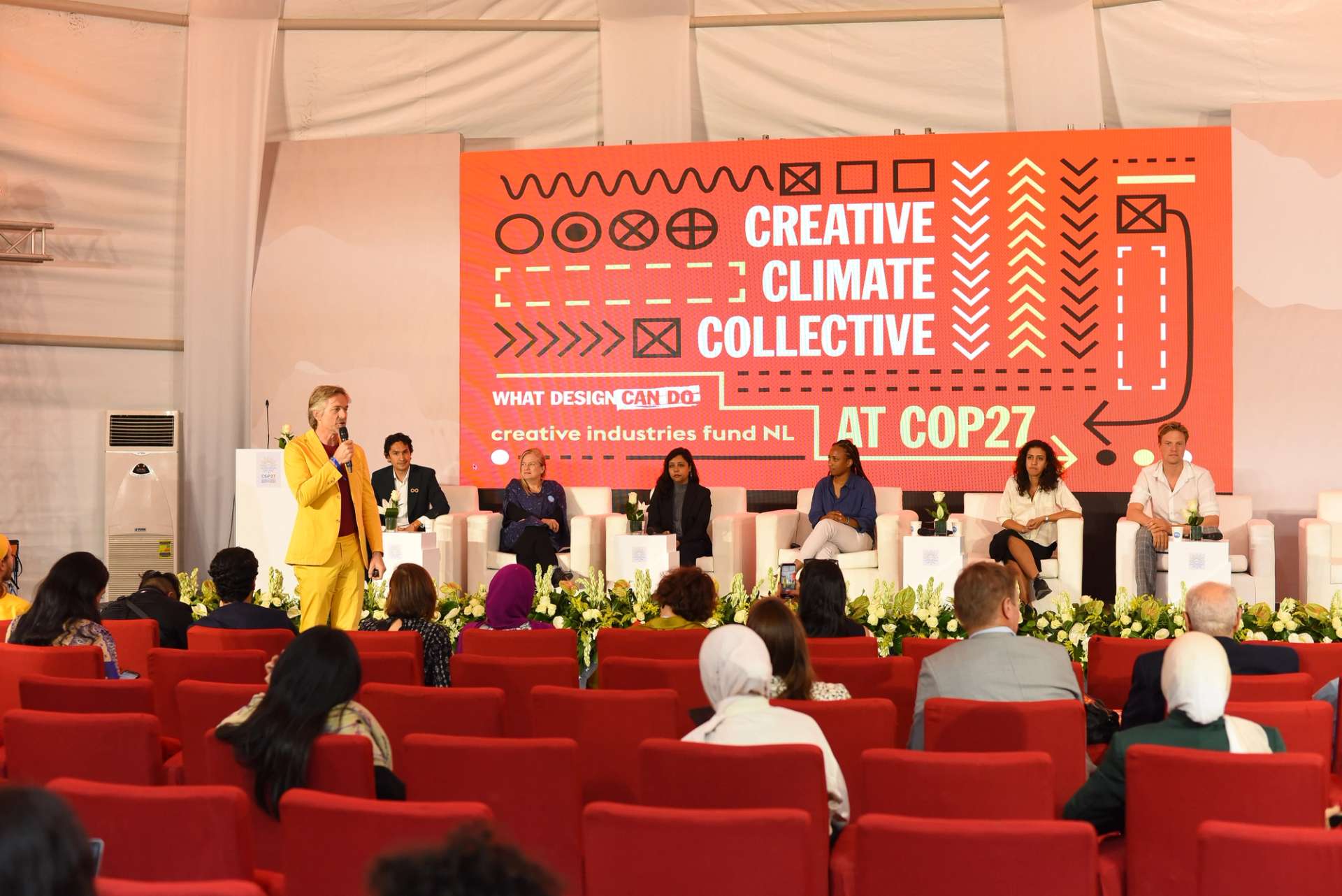 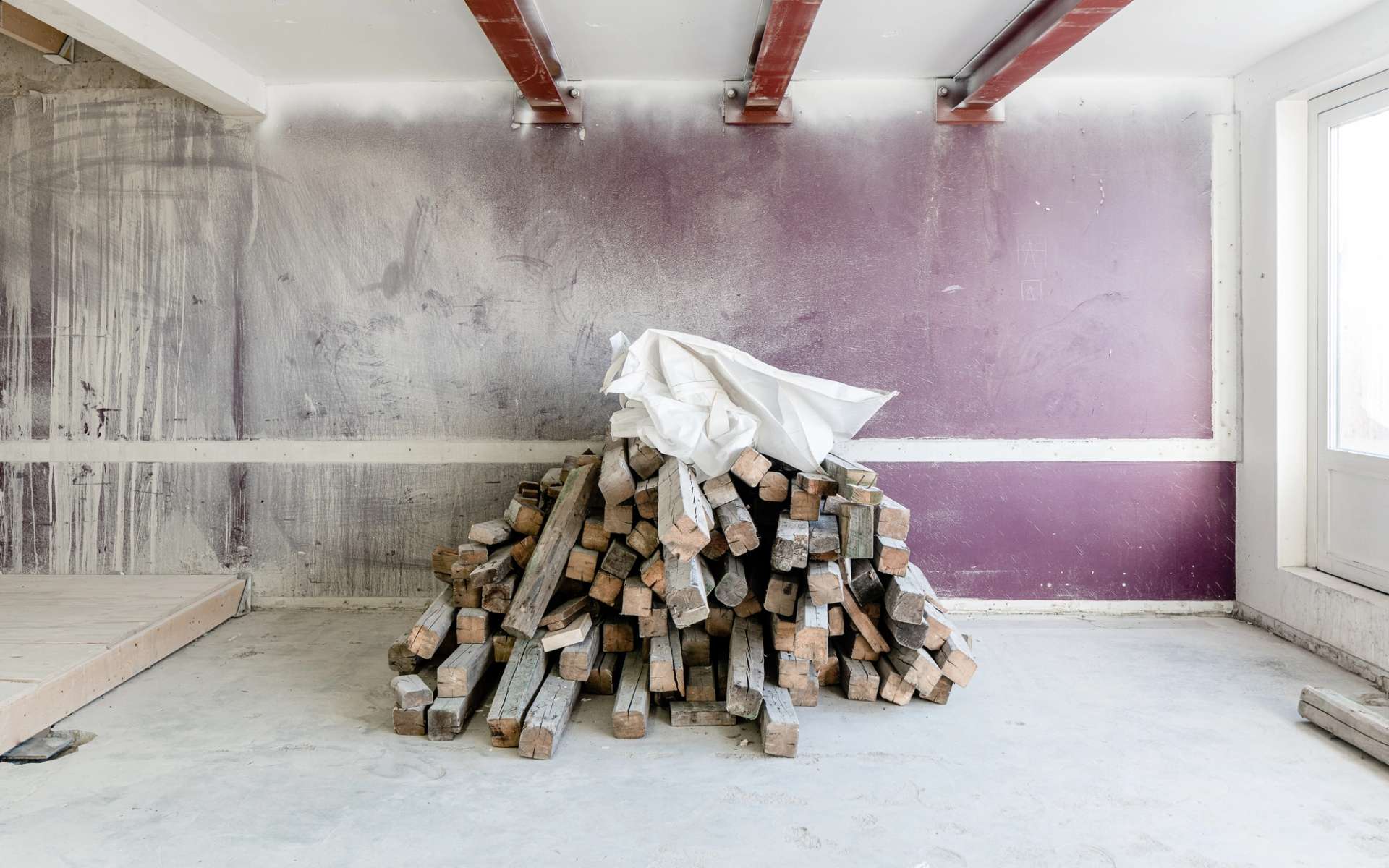