Home
Magazine
Archipelago
What's on
About
Un-built
Imaginary
Email
Interviews
Ecomuseum of Pratomagno
A study of an Ecomuseum in the Appennines reflecting on: how can we respond to the phenomenon of mountain depopulation?

Depopulation of mountain areas began in Italy after World War II and today it is still a problem in a big part of the country. One of the most dramatic aspect of lands’ abandonment is the loss of the related traditional activities due to the rapid process of industrialization of the towns.
The subject of the project is the study of an Ecomuseum in the Apennines mountain range of Pratomagno in Tuscany, which can contribute to limiting the phenomenon of mountain areas’ depopulation. An Ecomuseum is a network of the points of interest of areas that have similar characteristics, in order to improve the overall territory. It can link museums, paths, rivers, woods, villages and any other places of historical, artistic and natural relevance. It encourages the local inhabitants to revalue their territorial identity and take care of their native places, with the support of local associations and institutions. The tourism is a fundamental resource to bring new life to these areas: the Ecomuseum has the double aim to protect the cultural asset of a territory and share it with visitors.
The project identifies two critical areas in the municipality of Loro Ciuffenna, a small village of 5.837 inhabitants on Pratomagno’s slopes. The first area, called “La Baita”, is located along a panoramic route that connects Loro Ciuffenna with other mountain villages. The idea is to improve the various pathways crossing the area by demolishing the existing crumbling building and replacing it with a “Visitor Centre”, in order to give advice about the mountain to visitors. The second area is accessible from one of the paths starting from the centre in thirty minutes on foot. The place, called “Roveraia”, is an abandoned village whose name indicates a strong presence of oak trees (common name of “rovere”). It was one of the scenarios of the “War of Liberation” in the Pratomagno area during World War II. A group of partisan hid in the houses that were bombed, as ruins of most of the buildings evidence. The project creates refuges, a museum, an auditorium and laboratories with the aims to revalue the architectural, historical and natural memory of the place. If the “Visitor Centre” is a crossing point, “Roveraia” is a place to stop and reflect.

The project was developed at the University of Florence.

EA I grew up in Italy in a little town on the slopes of the Pratomagno, a mountain range situated in the central area of Tuscany, Italy. During my childhood, I used to spend some of my summer holidays at my grandparents’ house in a little mountain village called Trappola. I therefore had the opportunity to see how this place changed over the years. When I was a child some families lived there all the year round and many people visited the village, making it socially alive. Nowadays it is almost uninhabited. Bars, small shops and restaurants are closed. This is the reason why I decided to address the problem of mountain depopulation, with a project aimed to bring new life to an area that I know well and I care about, with an eye on what has already been developed in similar contexts.

EA The Pratomagno has on the East side the Casentino valley, on the West side the Valdarno valley. My thesis starts by trying to understand the reasons why the Valdarno side of the mountain – the area of my project – fails to emerge, despite its strong potential due to many locations of great natural, scenic and historical interest. The main problem is probably related to the management of the natural area, in fact the Casentino side is more highly valued and since 1993 it also includes a national park. I therefore suggested the creation of an Ecomuseum, which is not a museum as we normally intend it but rather a network of points of interest. Through the collaboration between local communities, institutions and associations, an Ecomuseum can reinforce and enhance an area. In this sense the project rethinks old spaces and creates new ones, entrusting the management to the community and promoting tourism. In this way, the historical memory of the place and its identity are strengthened.

Through an Ecomuseum, communities have the opportunity to “win back” their land and their history, their home, their oikos.

KOOZ How do you define “Ecomuseum” and what does “eco” refer to?

EA Eco comes from the Greek oikòs, which means house. The primary aim of an Ecomuseum is in fact to create a sense of place and home by connecting points of natural, historical and cultural interest. Unlike a common museum, it is not surrounded by walls or limited in any other way. It offers the opportunity to develop and promote an area by putting together a network of activities and routes. In doing this, the involvement of local communities, associations and cultural institutions is fundamental. An Ecomuseum is a sustainable museum, where the items “displayed” are not taken away from the context they belong to: we are talking about a museum of landscapes, forms of architecture, traditions and historical memories. Through an Ecomuseum, communities have the opportunity to “win back” their land and their history, their home, their oikos. And by experiencing this process, they are far more likely to take care of the place they live.

KOOZ What informed the programmatic distribution of museums, laboratories and refugees? How do these operate singularly and as an entity?

EA The project consists of two areas. The first area includes a newly built Visitor’s Centre, along the path “00”, which follows the mountain ridge of the Pratomagno. The second area, which is the focus of the project, is an abandoned village of a few buildings, already present in the Leopoldino Land Registry of 1765, which more recently was used as a refuge by the partisans during the Second World War. Some of the buildings were destroyed by bombing, but the ruins are still visible. The theme of historical memory has been central to the project, which imagines new volumes designed to dialogue with the pre-existing buildings and host an Educational Centre. Taking inspiration from the traditional Apennine villages, I planned for the use of local stones and various levels of terracing to manage the hard slopes that are typical of this landscape. Terracing helps to connect pre-existing buildings with the new ones. The recovered buildings are designed to host shelters and exhibition spaces, again following the theme of memory. In the Educational Centre, which is partly located underground, there are laboratories, multifunctional rooms and an auditorium.

Ideally, a network that connects all the Italian ecomuseums should be a target to be pursued.

KOOZ At what scale does the project operate? To what extent can this become a wider regional infrastructure throughout the Italian landscape?

EA Ecomuseums as strategic tools for enhancing the value of territories have been introduced in Italy with the regional law n° 31 “Establishment of ecomuseums in Piedmont”, March 14, 1995. Since then, ecomuseums have spread across the country, especially in the Central and Northern regions. Like the existing ecomuseums, my project operates on a local scale, but with the long-term aim of extending the network to the neighbouring areas, for example by creating a connection with the already existent “Ecomuseum of Casentino”, on the other side of Pratomagno. Ideally, a network that connects all the Italian ecomuseums should be a target to be pursued. The ecomuseum’s purpose is not only cultural, by rediscovering and enhancing the underestimated value of an area, but also social, through the personal involvement of the inhabitants, the tourism policy and the local economy.

KOOZ How and to what extent has and will the current pandemic have an impact on the repopulation of these remote settlements?

EA The COVID-19 emergency has made us rethink the concept of space: we are spending most of our time at home and people living in small/shared city apartments, without outdoor spaces, have been the first to realize that suitable and flexible spaces are essential to carry out a variety of activities that normally take place in different environments. At the same time, the introduction of lockdowns and social distancing measures has proven that it is possible to carry out many activities at home, in many cases with the same productivity. In this scenario, it is important to be aware that we need to re-appropriate spaces, in both a physical and a conceptual sense. We can do this by reclaiming territories that have always been there, without being able to express the value they really have. Territories that we abandoned because cities were seen as more “adequate” to contemporary life.

KOOZ Aside from cultural infrastructure, how can these settlements be re-imagined to offer the contemporary individual refuge from the city?

EA In Italy there are many mountain villages which are almost completely abandoned. Sometimes only elderly people live there, the same people that grew up in these places. Sometimes these villages only represent a refuge from the city during the holidays for those who have a second home. In my opinion, we should re-think these places, but first of all we should re-think the way we live our lives, which should be less rigid and “permanent”, and more flexible in order to respond to change. The pandemic has provided us with an eloquent example. Settlements like the ones illustrated in my project, are ideal in this sense. From a practical point of view, if provided with adequate communication technology, and infrastructures that guarantee better connections with nearby cities through public transport, these places could offer the opportunity to live in a human scale environment, even if distant from the city. This would also strengthen local economies and help to preserve beauty.

KOOZ What is for you the architect's most important tool?

EA The most important thing we can do as architects is to simply listen, to try and imagine ourselves as one of the people that inhabits or frequents the buildings we create. Only in this way can we have a correct perception of our projects. There are so many buildings and spaces which have not been designed to be sustainable. I believe that nowadays recuperating the architectural, landscape and cultural heritage that we have inherited and listening to the needs of the community are essential steps to take before starting to build. Architecture must be a tool to improve life of people and enhance social exchange in all its forms, while avoiding in every possible way to create conflict between man and nature. 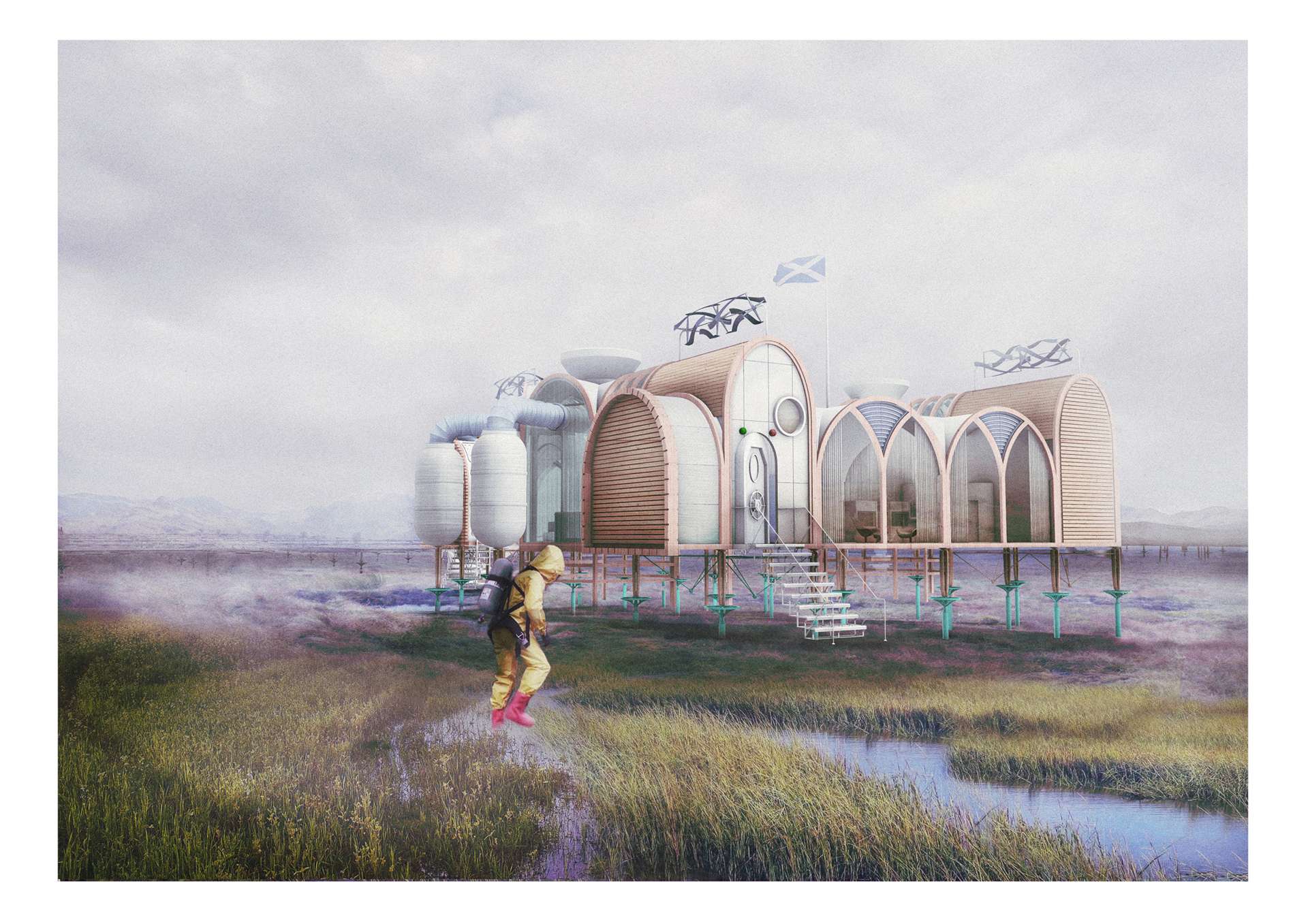 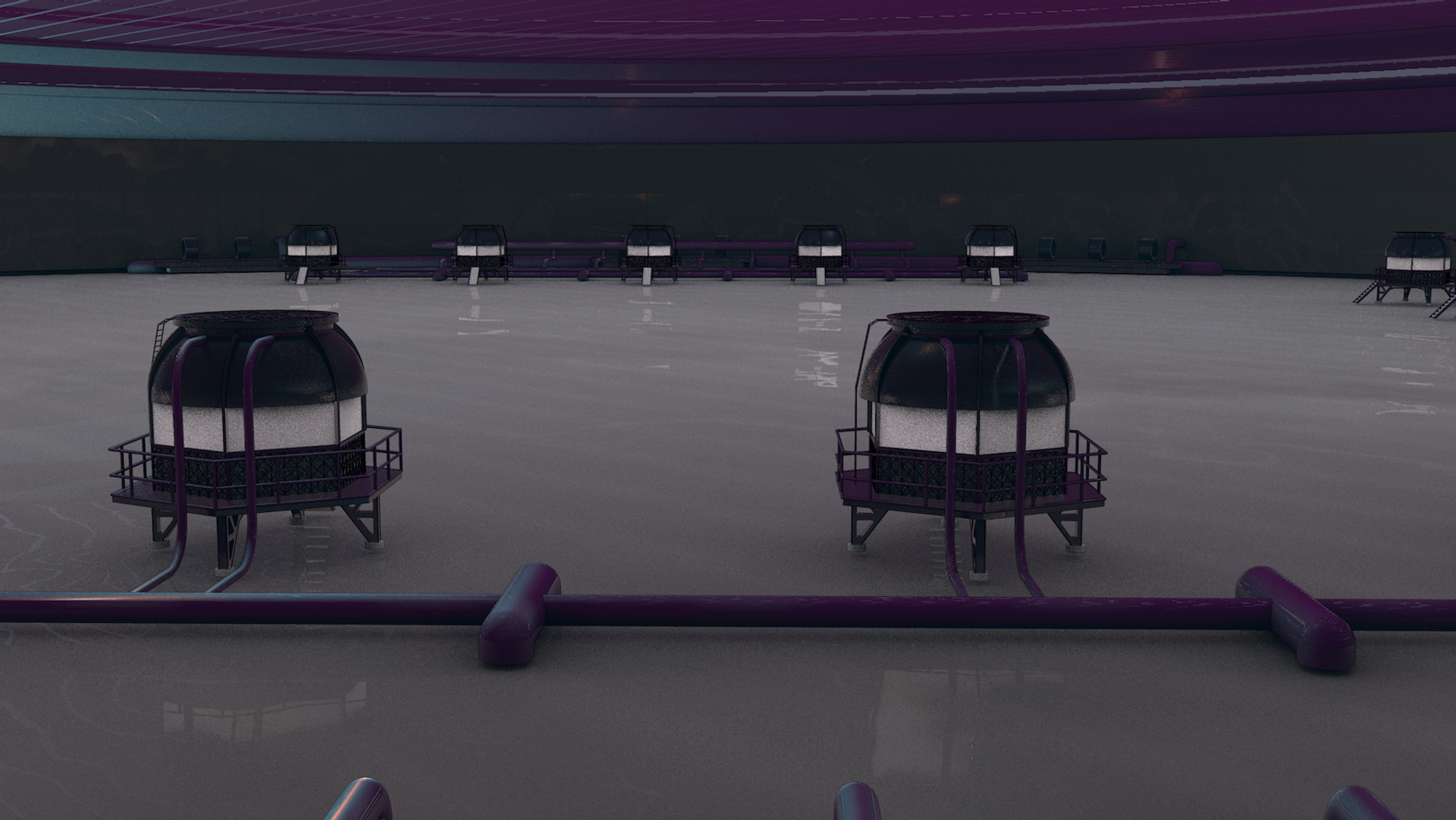