Home
Magazine
Archipelago
What's on
About
Un-built
Imaginary
Email
Interviews
“Dies Irae” in Chiesa Rossa: in between sound and space
A conversation with composer Maria W Horn and Threes Productions founder Ruggero Pietromarchi on the performance "Dies Irae" and the dialogue between sonic experience and physical space.

On December 15th, 2022, the Chiesa di Santa Maria Annunciata in Chiesa Rossa in Milan hosted the sensational performance of “Dies Irae” by composer Maria W Horn. Inspired by the latin poem “Dies Irae,” the pièce for women’s vocal quartet is an attempt to channel the artist’s angst about our future in relation to the forthcoming climate collapse and manifest it into a lamentation whereby the use of the Latin poem describing the last judgement serves as a metaphor for the state of being in the Anthropozoic age. Developed by MMT in collaboration with Threes Productions and Fondazione Prada, the event was supported by the Ministero della Cultura and the Comune di Milano as part of Milano è Viva, “Antico futuro: universo e fantascienza”. In this conversation with artist Maria W Horn and Threes Productions founder Ruggero Pietromarchi, we discuss the value of developing such performative projects and the unique synergies which these can shape between architecture and artistic expression.

KOOZ Let’s start from the initiative Milano è Viva, “Antico futuro: universo e fantascienza”with Maria W Horn’s “Dies Irae” performed at Chiesa di Santa Maria Annunciata in Chiesa Rossa. What is, in your opinion, the importance of initiatives like this which aim to support the production and growth of performative projects with the ambition of actively engaging the local community whilst enhancing the inclusion of theatre, music, dance and cinema, especially within marginalised contexts?

RUGGERO PIETROMARCHI Within our contemporary society, at a time when we are overwhelmed by the frantic and compulsive consumption of products and information, it's crucial to engage with this kind of cultural production, seeking out and protecting spaces for artistic making and cultural gathering. The partnership between the non-profit cultural organisations Threes Productions and MMT succeeds in providing a platform for artistic innovation focused on the exploration of marginalised contexts whilst offering, to both artists and audience, the opportunity of facing new experiences of knowledge. The initiative is thus driven by experimentation, whilst fostering and stimulating the development and exchange of ideas.

By creating a dialogue between artistic content and physical space, the concerts are conceived as immersive experiences which contextualise the architectural form whilst sublimating this through artistic expression. - Ruggero Pietromarchi

KOOZ Specifically, what draw you to the site of the Chiesa di Santa Maria Annunciata in Chiesa Rossa and the idea of staging “Dies Irae” by Maria W Horn?

RP Throughout the years, Threes Productions has organised a total of five concerts at Chiesa di Santa Maria Annunciata in Chiesa Rossa testing different forms of sonic expression. These include: the tape loops by William Basinsiki (2017), the playing of the Church’s organ by Charlemagne Palestine (2018) and by Ellen Arkbro (2021), the performance of Arvö Part iconic “Tabula Rasa” by the Acousmonium multi-channel speakers (2019), and finally the “Dies Irae” as performed by Maria Horn and a four female vocal choir (2022).

These annual concerts wholly embody our approach and especially our understanding of site-specificity. By creating a dialogue between artistic content and physical space, the concerts are conceived as immersive experiences which contextualise the architectural form whilst sublimating this through artistic expression. The ambition being that of inspiring participating artists whilst accompanying the audience towards new levels of engagement and understanding.

What makes Chiesa Rossa such a peculiar environment is the installation by Dan Flavin, commissioned by Pasto Giulio Greco and funded by Fondazione Prada back in 1996. Flavin is considered one of the most important artists of environmental art, which we believe perfectly resonates with experimental music (as that of Maria W Horn) if we accept minimalism being at the core of these two forms of artistic expression (even though labelling is always dangerous and the same term has often been denied by artists).

Flavin is considered one of the most important artists of environmental art, which perfectly resonates with experimental music if we accept minimalism being at the core of these two forms of artistic expression. - Ruggero Pietromarchi

KOOZ The performance “Dies Irae” by Horn will be a moment for “the ancient and religious aspects to converge with the present, where classical instrumentation will be replaced by synthetic sounds.” What is the potential of staging contemporary performances within originally religious sites challenging their intended function and operational time?

RP Echoing my previous response, we see a huge potential for audience engagement when creating a synaesthetic experience. This is not only implicit when designing an atmosphere but is inherently part of an “ecological” approach to projects which build on the redefinition and sometimes regeneration - such as with the historic Villa Arconati as activated and regenerated through the Terraforma festival - of ancient spaces by means of a contemporary perspective.

Maria Horn's reinterpretation of the anthemic piece “Dies Irae” was composed - as explained by the artist - at a time when terrible fires were devastating Scandinavian forests. This catastrophe, a consequence of the terrifying climate emergency we are facing today, has been amazingly transposed by the composer in a new piece that perfectly balances the delicate, resilient warning of the choir voices with the apocalyptic vortex given by the modular electronic synths waves.

We see a huge potential for audience engagement when creating a synaesthetic experience. This is not only implicit when designing an atmosphere but is inherently part of an “ecological” approach to projects. - Ruggero Pietromarchi

KOOZ Maria W Horn, the name and thematic focus of the piece is inspired by the latin poem “Dies Irae” describing the last judgement, the time when the souls of men are summoned for a final divine judgement and the unsaved are cast into eternal flames. Originally premiered in the Eric Ericsson Hall in Stockholm back in 2020, how do you imagine the staging of the performance within this sacred church? How does this inform one’s reading and perception of your work?

MARIA W HORN I started working on this piece during a residency at a discontinued mine a few hours outside of Stockholm. It was the summer of 2018 and there were forest fires raging close by, ashes started to rain down from the sky. At the time I was reading a book by Roy Scranton called Learning to Die in the Anthropocene (2015). This was a very existential time for me where I was trying to process all of the science pointing towards a forthcoming climate collapse. According to Roy Scranton there is no way to save the Earth, all we can do is to learn how to die with dignity and make the most out of the limited time that is left for us. “Dies Irae” was an attempt to channel my angst about the future and manifest it into a lamentation. The use of the Latin poem describing the last judgement serves as a metaphor for the state of being in the Anthropozoic age.

The first performance of “Dies Irae” took place in the Eric Ericson Hall during the first waves of the corona pandemic. Since there could be no audience, the piece was staged in a small setting and recorded for streaming. Since then, I have performed the piece on several occasions throughout Europe, always in collaboration with local vocal quartets. The performance at the stunning Chiesa di Santa Maria del Rosario will be the first time presenting the piece in a church that is still being used for religious practice. I imagine this as a perfect space for Dies Irae, it will charge the piece with the church’s prominent history of sacred rituals, existential struggle and lamentation.

“Dies Irae” was an attempt to channel my angst about the future and manifest it into a lamentation. The use of the Latin poem describing the last judgement serves as a metaphor for the state of being in the Anthropozoic age. - Maria W Horn

KOOZ You describe your work as being “often based on minimalist structures” and “exploring the inherent spectral properties of sound and their ability to transcend time and space.” To what extent can one draw a parallel with the minimalism of Muzio’s rationalist architecture as well as that of Dan Flavin’s works?

MWH Both Muzio’s and Flavin’s work advocate a return to fundamental elements in terms of using the basic building blocks of design. Muzio’s architectural compositions use geometric structures that favours attention to the overall shape, while the primary colours of Flavin’s “Untitled” is used to enhance the spatial harmony of the space.

Minimalist principles have been important in shaping my musical practice. When working on a piece of music I take into account the type of attention I want the listener to be in. Ornamentation, detail and complex or unpredictable changes may favour certain kinds of focus, while predictability and musical stability favours another kind of attention and a heightened sensibility towards the fundamental properties of sound and space.

Predictability and musical stability favours another kind of attention and a heightened sensibility towards the fundamental properties of sound and space. - Maria W Horn

KOOZ Within your installations “sound is often connected with structures of light aiming to build acoustic environments where senses interlace.” Considering the significant presence of Dan Flavin's “Untitled” artwork, are there any re-adaptations envisioned which directly address and establish a dialogue with the work and space?

MWH The neon lights of Dan Flavin's “Untitled” installation really brings forth the elegance of the space, the contrasts between sharp edges and the soft rounded vaults and pillars. For this occasion, I perform one new adaption with an intro for pitched glass and electronics. I recently started to use pitched glasses as musical instruments as it offers an interesting fragility and transience in relation to the electronic instruments I bring with me. When first seeing the monumental and stunning room of the Chiesa di Santa Maria del Rosario, I thought that the fragile sounds of the glasses could serve as an interesting contrast and a kind of musical gateway to enter the lamentation of the Dies Irae piece.

Threes is a creative agency committed to cultural sustainability. It was founded in 2012 in Milan, with the belief that art and culture can generate virtuous circles of inclusion and environmental awareness. Threes develops and promotes experimental projects in the field of music and art with a conscious approach towards ecology. It acts as a multidisciplinary platform ranging from the production and curatorship of events, to the publishing of editorial content. Threes' core project is Terraforma, an international music festival that has been held in the park of Villa Arconati since 2014. Other projects are the international festival Nextones and the artistic project Il Pianeta. Over the years Threes has conceived and collaborated on diverse projects, including musical and artistic curatorships for Pirelli HangarBicocca, "Tranceparenti" at Bagni Misteriosi, and "Una Boccata d'Arte". Finally, the new editorial project Terraforma Journal and the collaboration with Accademia Abadir in Catania for the Master Heritage Innovation.

Maria W Horn is a Swedish composer. Her compositions implement synthetic sound, electroacoustic and acoustic instruments and audiovisual components, often devicing generative and algorithmic processes to control timbre, tuning and texture. Acoustic instruments are often paired with digital synthesis techniques, in order to extend the instruments timbral capacities. Often based on minimalist structures, her music explores the inherent spectral properties of sound and their ability to transcend time and space, reality and dream. Maria’s installation work explores the inherent memory and mythologies of specific places or geographic areas and the people that have inhabited them. 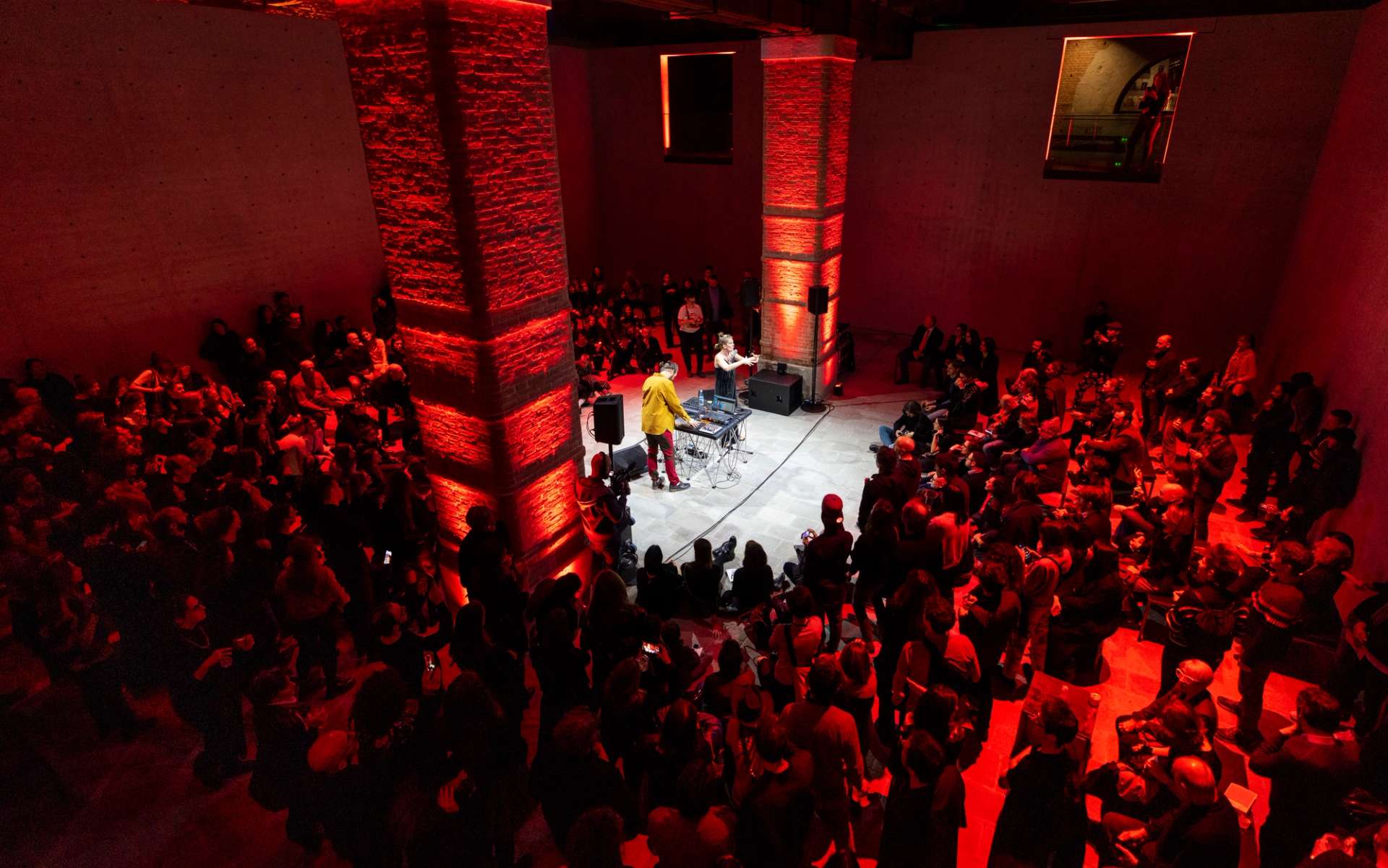 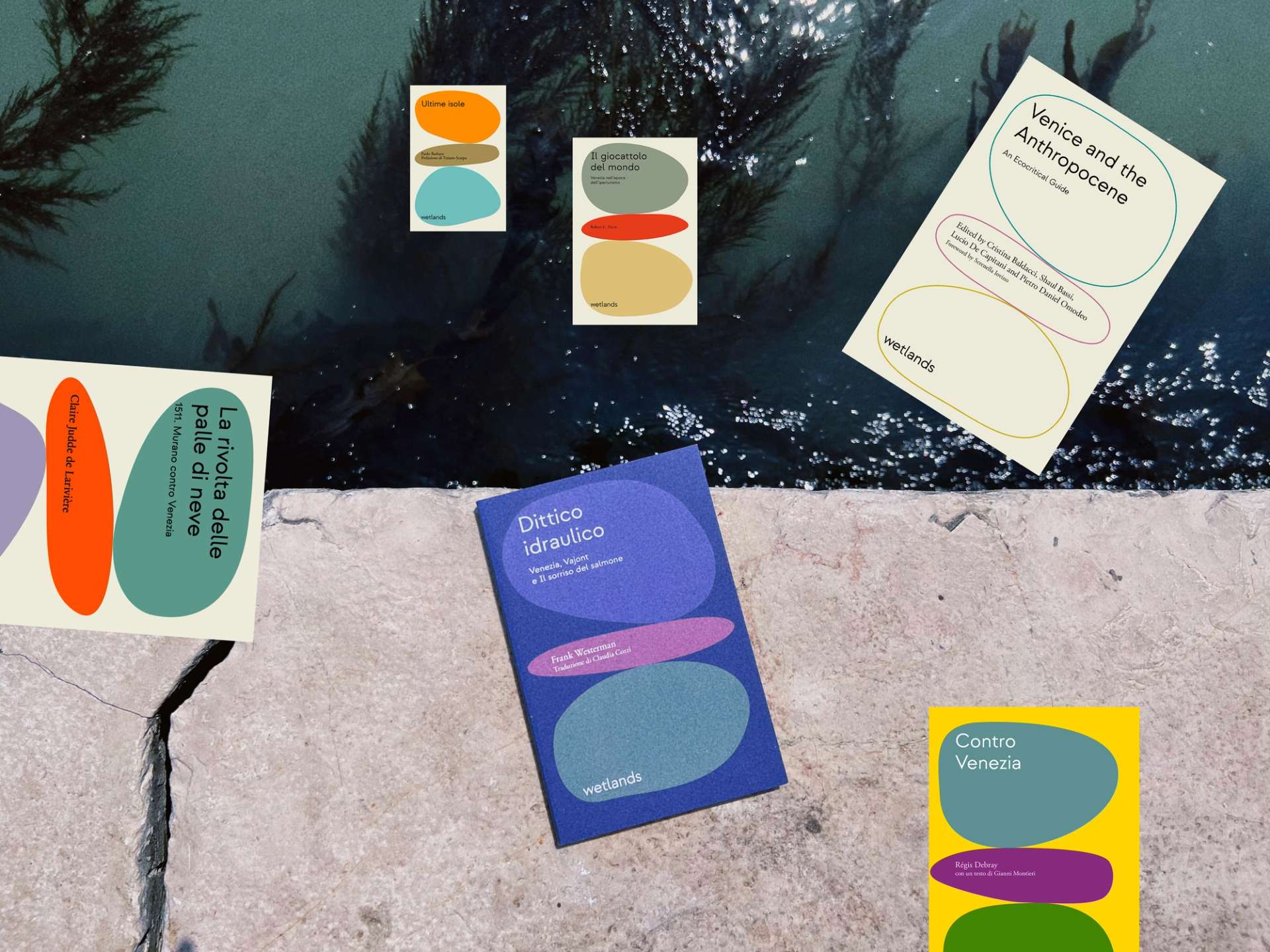 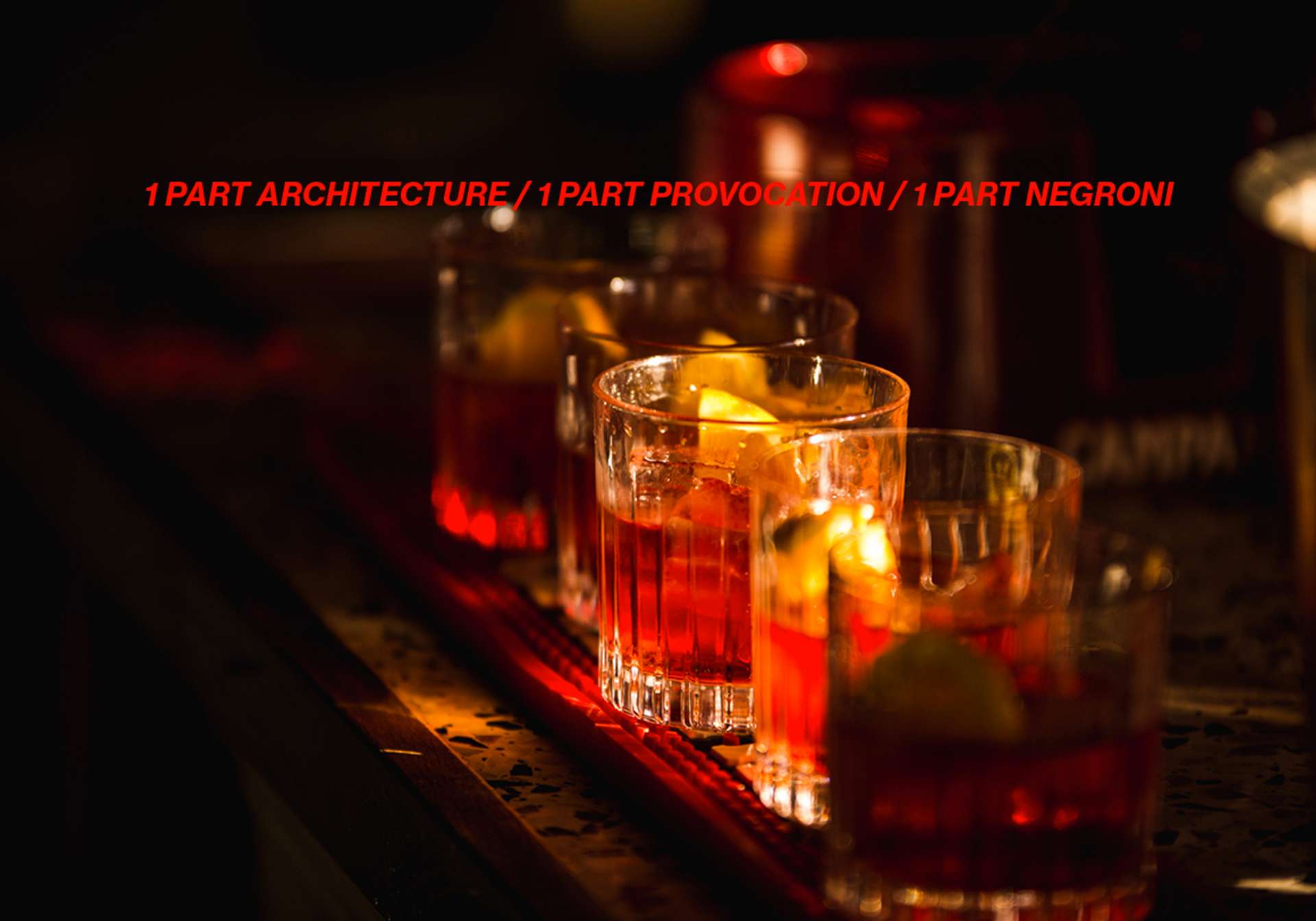