Home
Magazine
Archipelago
What's on
About
Un-built
Imaginary
Email
Columns
How to create a World: #1 Database
Through references to philosophy, game theory, music and contemporary art, Davide Tolfo and Nicola Zolin walk us through the basics of what makes a World.

A world is a collection of objects, entities and the relationships between them. But a world is at the same time something more and less than this for a world is not reduced to its elements, it is not merely an empty container, a neutral background where elements of a different nature are ordered. In this sense, a world is more than the inhabitants it houses and the relationships that regulate their activities. However, the opposite is also true: the same inhabitants, the same entities that make it possible to describe a world possess, to varying degrees, an autonomy of their own that can lead, in some cases, to the formation of a different world than the one in which they were born or were created. 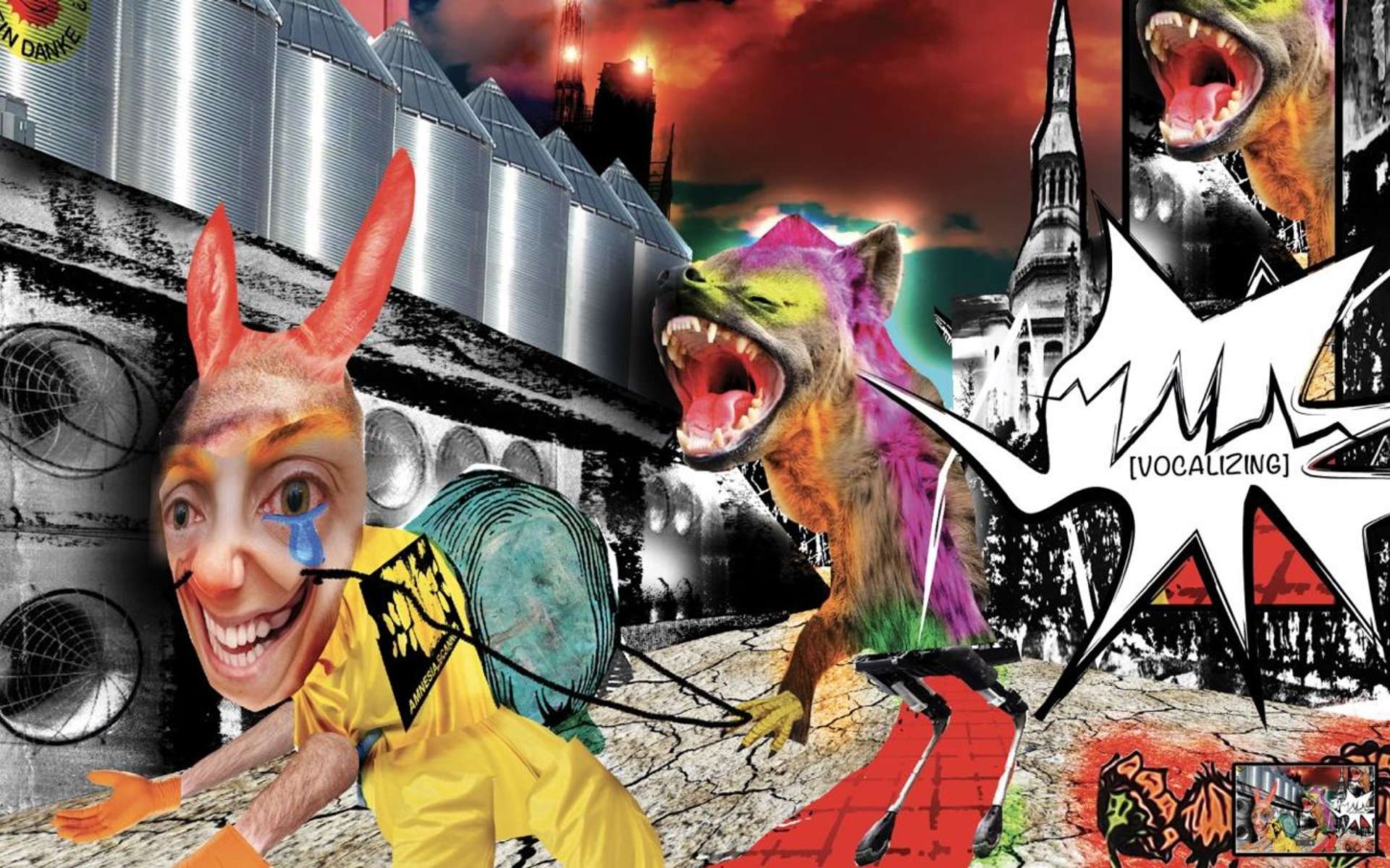 In light of the paradigm shifts that the Anthropocene concept has brought with it, such definitions show themselves to be short-sighted and unable to account for the multiplicity of worlds populated and coordinated by non-human entities.

The concept of world is slippery as it eludes an unambiguous definition. According to the dictionary it is "the earthly state of human existence" followed by "the inhabitants of the earth: the human race". In light of the paradigm shifts that the Anthropocene concept has brought with it, such definitions show themselves to be short-sighted and unable to account for the multiplicity of worlds populated and coordinated by non-human entities. Even if the definitions given by the dictionary are strongly related to a concept of “totality” and “collectiveness”, the anthropocentric shadow still hangs over the notion of the world today. All those who are not included as official members of the human world still seem to be affected by the conceptual distinction proposed by Heiddeger in his 1929-1930 course The Fundamental Concepts of Metaphysics: World, Finitude, Solitude (1995) for which a stone, an animal and a human-animal are distinguished respectively by their being worldless, world-poor and world-forming.

Recently in game design, contemporary art, experimental electronic music, but also in fashion and architecture, the concept of world-building has become increasingly central. In this sense, exploring its role in these different fields makes it possible to both understand how different cultural fields are reacting to the contemporary changes that mark our time, and to use these heterogeneous examples as models for a more open and processual definition of world. A good starting point in this regard is provided by the database concept proposed by Japanese theorist Hiroki Azuma. In his Otaku: Japan's Database Animals (2009), he defines a database as a structure composed of different codes and languages that form a multifaceted and layered framework of meaning.1 The example brought by Azuma is the famous Japanese anime Neon Genesis Evangelion. In Hideaki Anno's work, the database is formed by the intersection of codes from mecha imagery, post-human and post-modern theories, but also from Kabbalistic and Christian traditions. The database concept highlights that a world does not arise from the random and confusing juxtaposition of variable elements. This seemingly obvious consideration is nevertheless useful, because it shines a spotlight on the links and relationships between different codes - as sets of rules that connect elements of expression with elements of content - that distinguish one world from another.

Nelson Goodman wrote in his seminal Ways of Worldmaking, "the many stuffs - matter, energy, waves, phenomena - that worlds are made of are made along with the worlds. But made from what? Not from nothing, after all but from other worlds. Worldmaking as we know it always starts from worlds already on hand; the making is a remaking”.2 Translated into Azuma's language, a new database can be created as much by adding, impoverishing and deforming the same codes that make up an already existing world as by changing the relationships and hierarchies that preside over their ordering. As music critics Simon Reynolds and Emile Frankel point out,3 it is through the virtual elaboration and recomposition of codes from game design, Reddit's meme subculture and 3D animation that musicians such as Chino Amobi, Lee Gamble, Grimes or the Amnesia Scanners have elaborated their musical cosmologies through the concept of world-building.

What differentiates a complex network of cross-references from a world? How can we tell if a new code relationship forms a database that is different from the one that it was originated from? And, in turn, is it possible to affirm that exploring in-depth the origin and functioning of a code is itself a journey through different worlds? 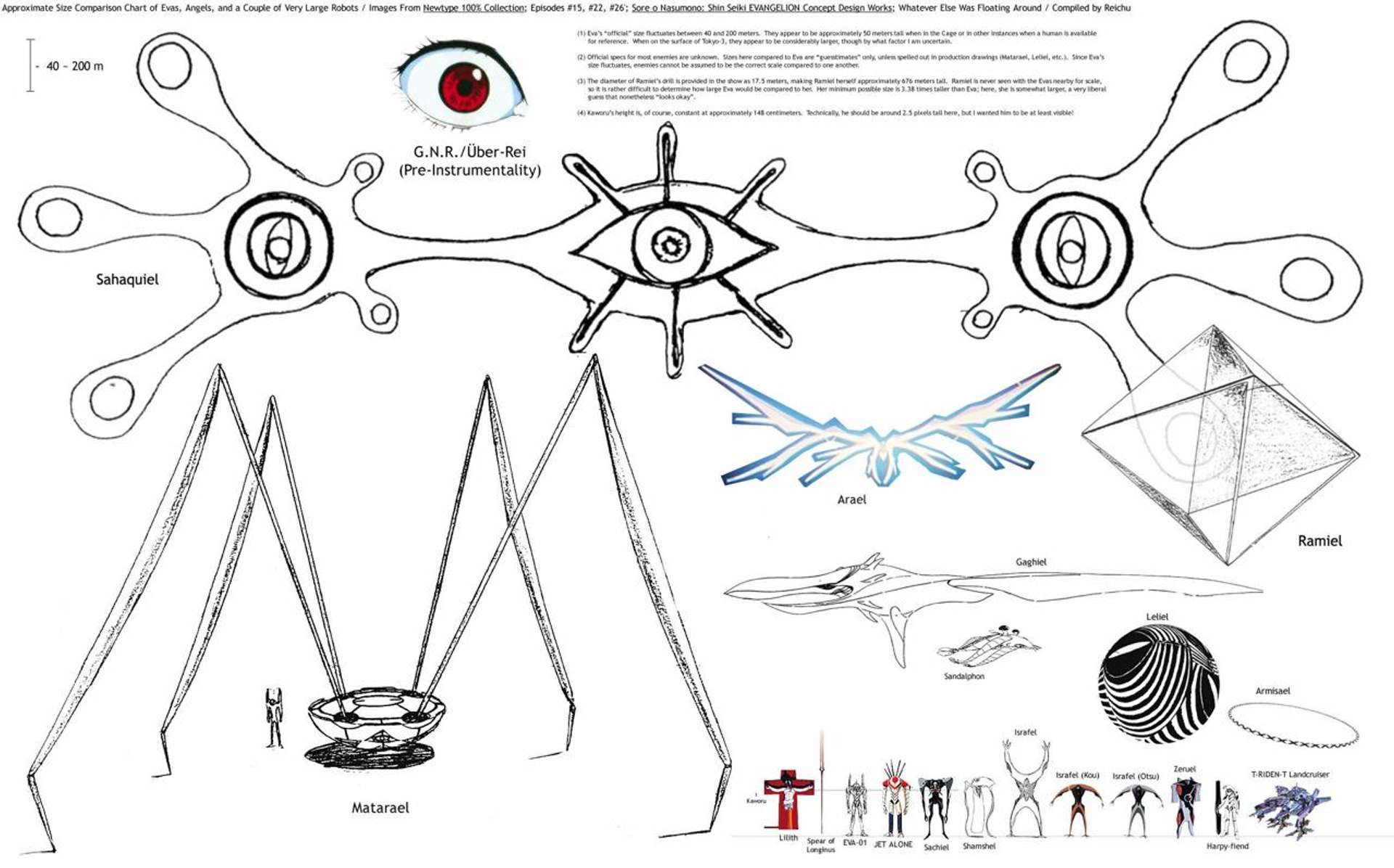 The website of the Finnish musical duo Amnesia Scanner - a delirious puzzle composed of gifs, esoteric symbols and interlinks - does not merely distort and group together codes from different sources, but gives rise to its own original version of a database. This example ultimately raises the following questions: what differentiates a complex network of cross-references from a world? How can we tell if a new code relationship forms a database that is different from the one that it was originated from? And, in turn, is it possible to affirm that exploring in-depth the origin and functioning of a code is itself a journey through different worlds?

Read the entire "How to Create a World" column by Davide Tolfo & Nicola Zolin.

Davide Tolfo writes about philophy and contemporary art, he has published for Marsilio Editore, NOT, LaDeleuziana, Mimesis and Philosophy Kitchen. In parallel, he has also worked with artist Shubigi Rao for the Singapore Pavilion at the 59th International Art Exhibition - La Biennale di Venezia in 2022.

Nicola Zolin is a researcher and sound designer, he is also co-founder of the experimental label Rest Now!. He writes about music, gaming, theory, visual arts and the intersections between them. He has published for many magazines and webzines, including Cactus Magazine, NOT and LaDeleuziana.

1 The concept of “database” was originally used by Hiroki Azuma to describe the perception of a byproduct in the age of Postmodernism. Starting from the rupture with the “great narratives” of the Modern Age, the second half of the XX century marked the rise of the “small narratives” and the deconstruction of a homogenous meaning in media into fragmented and diverse information. However, it is exactly due to this feature that the database could be used as a tool of exploration in the analysis of the world-building process.
2 Nelson Goodman, Ways of Worldmaking (Indianapolis: Hackett, 1979), 6.
3 Emile Frankel, Hearing the Cloud: Can music help reimagine the future? (Winchester, Washington: Zero Books, 2019).

Uexküll von, Johann. A Foray into the Worlds of Animals and Humans: with A Theory of Meaning. Minneapolis: University of Minnesota Press, 2010. 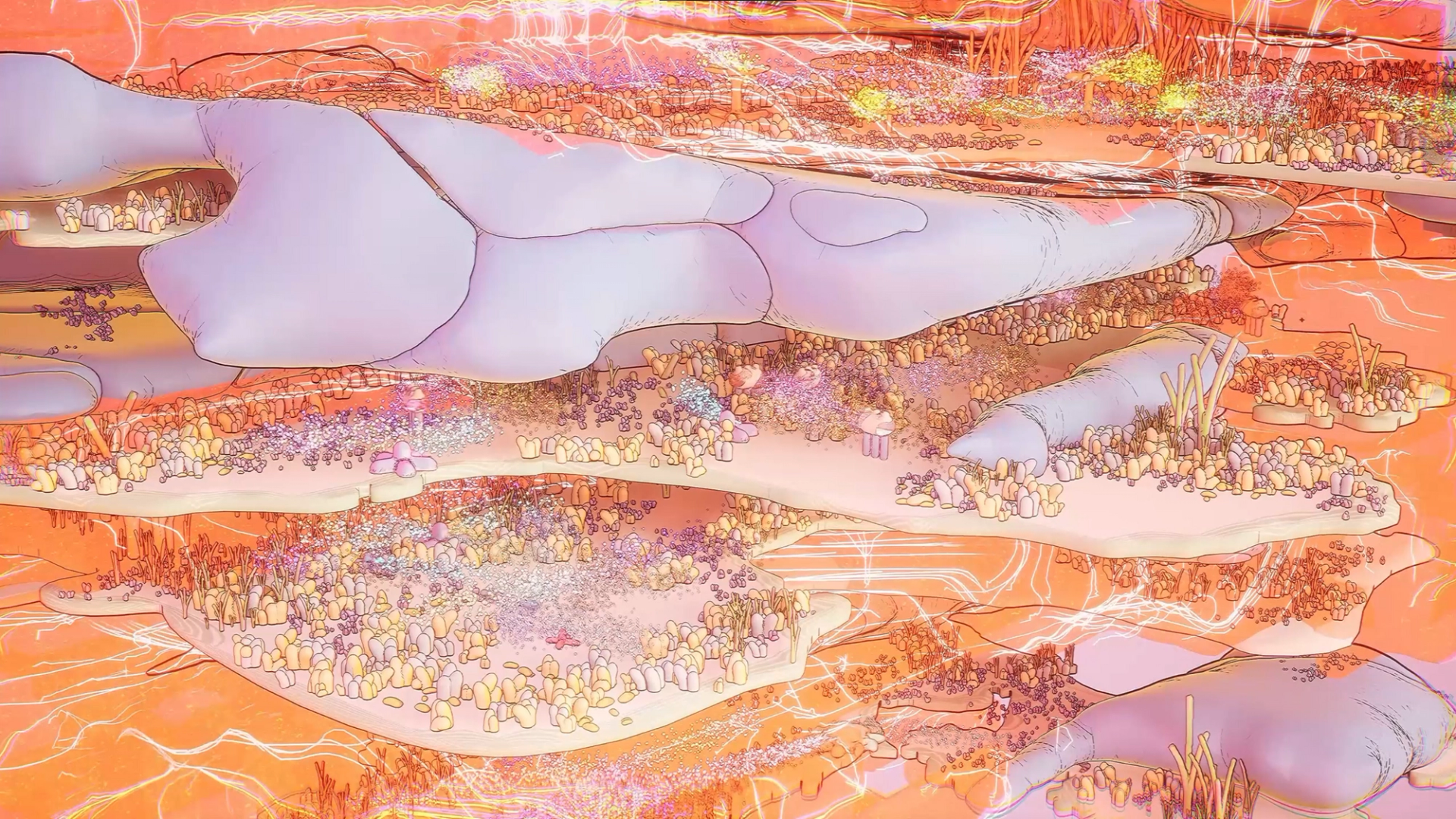 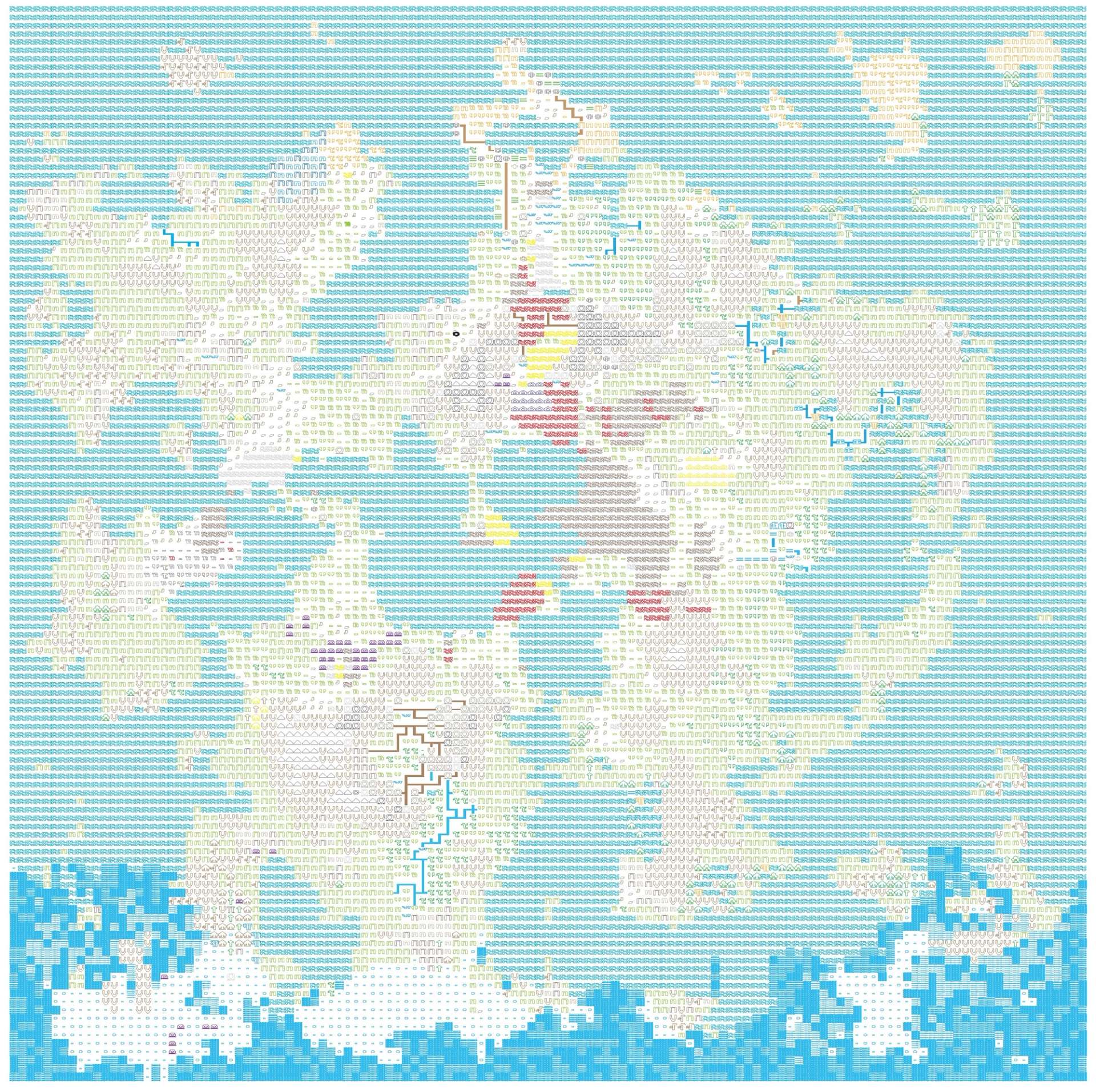 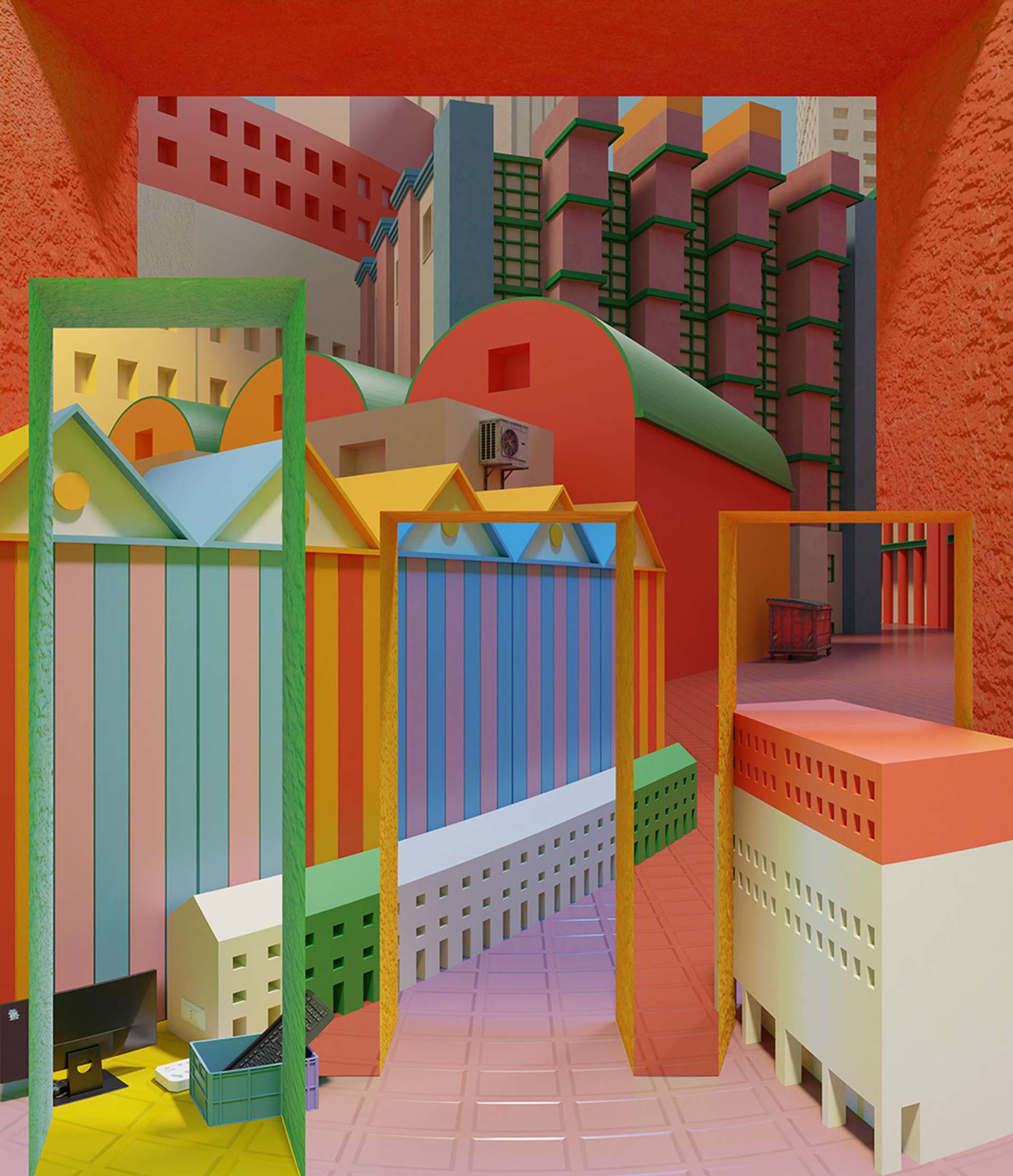 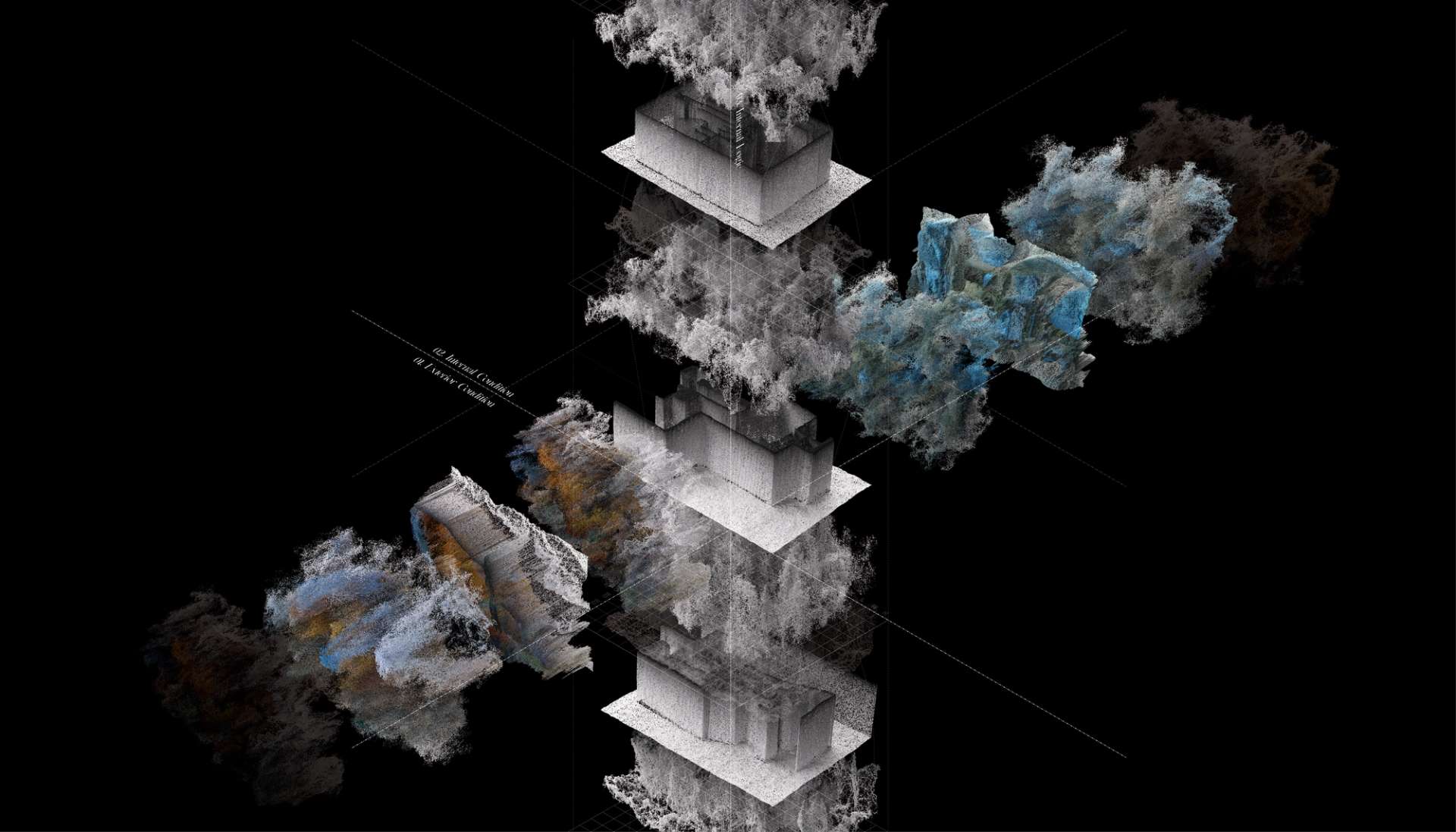